According to Scott Ferguson, Communications Specialist for the Sarasota County School Board, about 90 students from Riverview High School took a field trip to three houses of worship on Thursday, September 20, 2012. One was left off the list – a church.

The teacher who organized the field trip was Riverview High School Social Studies teacher Stephanie Simmons. Ferguson notes, “As always, parental permission was required for any students who attended.” According to Ferguson a fourth house of worship, the Taoist Tai Chi Society, listed on the permission form was not visited due to time constraints.

Ferguson states, “The purpose of the field trip was to provide information about these religions to students in order to promote knowledge and understanding. Ms. Simmons felt that the students already were familiar with the teachings of Christianity so they would have a basis for comparison with the tenets of Judaism, Buddhism and Islam.” [My emphasis] 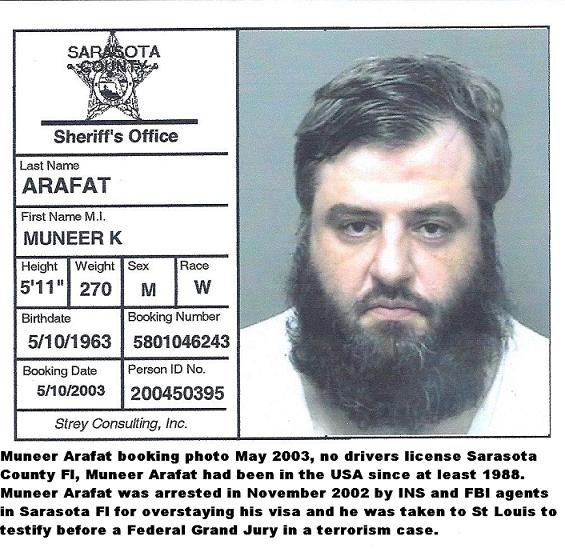 According to Warner, “Islamic Society of Sarasota and Bradenton (ISSB) featured repeated guest appearances by Al-Arian terrorist colleagues Mazen Al-Najjar and Hussam Jubara. Al-Najjar, who was a Director of IAF, was deported from the United States in August of 2002.” Joe Kaufman, Chairman of Americans Against Hate, stated, “Given the fact that Al-Arian’s colleagues were heavily involved with ISSB, and given the fact that ISSB was raising money for the families of martyrs, it is imperative that law enforcement focus much of its efforts on ISSB.”

“The Department of Justice, on Saturday, November 24th, 2001, Immigration and Naturalization Service (INS) arrested Mazen Al Najjar, in Tampa, Florida. The arrest is based on a final order of deportation recently upheld by the United States Court of Appeals for the Eleventh Circuit, in Atlanta, Georgia. Mazen Al Najjar was ordered deported because he violated his visa. Mazen Al Najjar,” reports Warner.

Ms. Simmons reported that at Mosque Salaat a woman did most of the presentation to students. She showed slides of the architecture used in mosques and photos of mosques around the world. She pointed out several features of the mosque in Sarasota, including the dome, balcony, purification rooms, carpet and courtyard. The presenters talked about how the mosque was received by neighbors and the community and showed the students Arabic writing and the calligraphy used in artwork around the mosque.