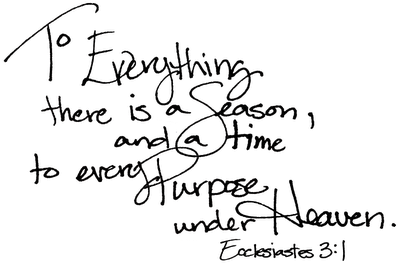 Catholics across the state of Florida are reacting to the unexpected announcement of Pope Benedict XVI retirement. As the world appears to devolve into godlessness as Pat Buchanan noted, the world now awaits the white smoke billowing from the Vatican.

The Holy Father’s announcement that he will be resigning on February 28 was a surprise for Catholics around the world. Pope Benedict XVI has been a loyal and active Shepherd for his years as Successor of St. Peter. The Holy Father cited reasons of health and age for his decision. The Diocese of Venice in Florida joins all in continued prayer for the Holy Father. It is my wish to express gratitude for Pope Benedict’s remarkable ministry as the Successor of St. Peter. It is no coincidence that the Holy Father concluded his statement assuring the Church that he will devote his remaining years to “serve the Holy Church of God in the future through a life dedicated to prayer.” His writings and teachings have called Catholics to a deeper relationship with Jesus Christ and to help those in need. Particularly during this time, I ask all Catholics in the Diocese of Venice in Florida to join me in prayer for Pope Benedict XVI and for the College of Cardinals as they prepare to convene, with the guidance of the Holy Spirit, to elect the next Successor of St. Peter.

Senator Marco Rubio stated, “Pope Benedict XVI displayed the qualities of an excellent leader and a true man of God by putting the interests of the Vatican and the Catholic Church over his own papacy. Since becoming Pope in 2005, Pope Benedict XVI has served the Church honorably, particularly through his work promoting charity across the globe. I wish him well in the future and, as a Catholic, I thank him for his service to God and the Church. I also look with optimism toward the future of the Catholic Church as it prepares to welcome a new leader and as it continues to spread God’s message of faith, hope and love to all the corners of the world.”

While Catholics await the announcement of a new Pope, others are attacking Pope Benedict XVI for his stand on traditional marriage. Rachel Donadio and Elisabetta Povoledo in their New York Times column write, “Saying he had examined his conscience ‘before God,’ Benedict said he felt that he was not up to the challenge of guiding the world’s one billion Catholics. That task will fall to his successor, who will have to contend not only with a Roman Catholic Church marred by the sexual abuse crisis, but also with an increasingly secular Europe and the spread of Protestant evangelical movements in the United States, Latin America and Africa.”

He is viewed as the Pope who helped improve relations between the Vatican and Israel, while also providing open support for the recognition of a Palestinian state. As the news of Pope Benedict’s retirement spread, Palestinian Catholics expressed their shock at his decision and their fears that it may reduce the authority of the church and the next Pope.

“We want the representative of the Holy See to be supportive of the marginalised, of the downtrodden and in this case, the Palestinians who are living under a brutal Israeli occupation,” said Zoughbi Zoughbi, the director of the Wi’am Palestinian Centre for Conflict Resolution.

“Anyone who comes into this position [of pope] has the responsibility of correcting injustices in all four corners of the world,” Mr Zoughbi said as he sat with friends in a café in Bethlehem.