In 1971, the United Nations International School (UNIS) became the first school authorized “to offer the International Baccalaureate (IB) and awarded the first IB degree in the world.” 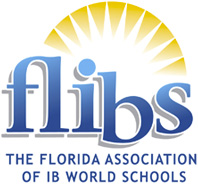 As of February 21, 2013 there are 1,403 International Baccalaureate (IB) World Schools in the U.S. which offer one or more IB programs. Florida leads the way in schools offering IB Programs with 144 or over 10% of U.S. IB World Schools.

Debra K. Niwa has issued her annual update on IB World Schools in the U.S. With 91% of IB programs funded by public dollars, Niwa notes, “Public financing of IB World Schools begs the attention of anyone who values education and cares about how taxpayer money is spent in the public school system. Local, state, and federal taxpayer dollars are covering public school costs for programs offered by the International Baccalaureate Organization (IBO) — an entity under Swiss law that claims non-profit status. IBO is headquartered in Geneva, Switzerland; a regional office opened in Bethesda, Maryland in 2010.

• IB programs add unnecessary costs to school operations (these vary with each IB program). IB school fees, new staff positions (non-teaching and teaching), student registration and subject fees, student assessment fees, and periodic program evaluation visit fees, to name a few, Plus, IB requires training (that incurs participant fees, travel, meals, and lodging expenses) at destinations that are out-of-state or out-of-country for most attendees. “It costs an average of about $8,000 to train a staff member.” Thereafter, re-training comes every few years as IBO changes curriculum.

• The “pre-university” two-year IB Diploma Program (DP) is not cost effective (nor are the other IB programs). IB DP “candidates” are often a tiny portion of a high school’s total enrollment. In 2009, a proponent in Virginia “shared statistics that indicate 72% of IB Programs have less than 10 diploma candidates each year and that was the norm.”6 Nevertheless, substantial six-digit amounts accommodate the IB DP. In July 2011, Tucson Unified School District revealed its annual costs for the Diploma Program at one high school. For the first two IB graduating classes, TUSD spent more than $1 million the first year (2009-2010) and $800,000 the second year (2010-2011). Five students received the IB Diploma in that period.

• The IB Middle Years Program (MYP) — for ages 11 to 15 — is poor preparation for the DP. IB teachers criticize that “MYP suddenly stops in Grade 10. There is no articulation between MYP and IB Diploma” and “The MYP . . . doesn’t really provide the opportunity to hone the skills needed to be successful DP students.” What about the many MYP graduates who don’t qualify for the Diploma Program? In 2012 the IBO will allow IB DP schools to offer an IB “Career-related Certificate” for students ages 16 to 19 years old.

• The IB Primary Years Program (PYP) – for 3 to 12-year-olds — is bad for academic support. As staff at PYP schools have remarked: “. . . the IB program has NO place in elementary school. It takes too much emphasis off learning the basics, it takes the teachers out of the classroom for too many meetings, and it takes our administrators on expensive cross-country business trips.” “ . . . there was so much time spent on the IB stuff and time taken away from the true academics — very frustrating when you have . . . students that you need to help on academics but can’t.”

• IB changes education’s purpose, content, and teaching methods — predictably supporting the agendas of the IBO which, since 1970, has been an official NGO of the United Nations Educational, Scientific, and Cultural Organization (UNESCO). Strip away the IB marketing puffery and suddenly the IB drivel about “rigor”, “international mindedness” and “quality education for a better world” become nothing more than phrases that obscure the integration of non-academic goals that support United Nations* issues, such as Agenda 21 sustainable development.

Niwa asks parents, Florida taxpayers and Florida’s political leadership this question: How deeply does IB reach into the public school system in your state?

In the case of Florida it runs deeply starting in 2005 with the first IB program created under former Governor Jeb Bush.

Debbie Niwa began researching education issues five years ago when she started questioning the policies and changes occurring in the school district in Tucson, Arizona that her son was enrolled in. She has devoted thousands of hours researching local, state, federal, and global school reform issues, as well as actively advocating for academic quality in education. Since 1980, she has worked professionally on the design and production of publications as well as the gamut of other graphic design projects.