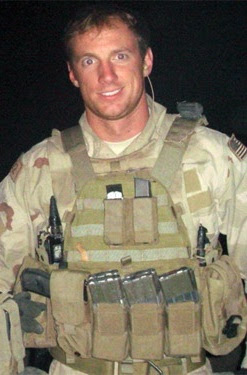 Three families of Navy SEAL Team VI special forces servicemen, along with one family of an Army National Guardsman, held a press conference on May 9, 2013, to disclose never before revealed information about how and why their sons along with 26 others died in a fatal helicopter crash in Afghanistan on August 6, 2011, just a few months after the successful raid on the compound of Osama Bin Laden that resulted in the master terrorist’s death. The event will be held at the National Press Club in Washington, D.C.

Among the families there will be Billy and Karen Vaughn from Florida. They are the parents of Navy SEAL Team VI member Aaron Vaughn.

Accompanying the families of these dead Navy SEAL Team VI special operations servicemen will be retired military experts verifying their accounts of how and why the government is as much responsible for the deaths of their sons as is the Taliban. Among the military experts expected to attend are: Adm. James A. “Ace” Lyons, Jr., LTG William G. “Jerry” Boykin, LTG Thomas G. “Tom” McInerney, MG Paul E. Vallely and former Navy SEAL Benjamin Smith.

Watchdog says government has tried to silence him on Afghanistan