A memorial service was held in Afghanistan by U.S. Forces following the crash of a CH-47 helicopter that took the lives of 31 service members including 22 Navy SEALs, 5 Army helicopter crew members, 3 Air Force combat controllers and one Navy SEAL dog. Among the fallen was Arron Vaughn, a SEAL Team Six member.  Aaron’s parents are Florida residents Billy and Karen Vaughn. Aaron is survived by his wife Kimberly and daughter Reagan Vaughn.

A Muslim cleric was invited to pray at the memorial service for those killed in the Extortion 17 helicopter crash. The following is the certified translation of what the Muslim cleric chants:

Amen, I shelter in Allah from the devil who has been cast with stones. In the name of Allah the merciful forgiver. The companions of the “fire” (The sinners and infidels who are fodder for hell fire) are not equal with the companions of heaven.

The companions of heaven (Muslims) are the winners. Had we sent this Koran to a mountain you would have seen the mountain prostrated in fear of Allah (mocking the God of Moses).

Such examples are what we present to the people; to the people, so that they would think (repent and convert to Islam).

Blessings are to your God (Allah) the God of glory of what they describe.

And peace be upon the messengers (prophets) and thanks be to Allah the lord of both universes (mankind and Jinn).

You may watch a portion of the service in the below video provided by Trento Vision TV. Note there were hundreds of our troops assembled in the hanger to honor our fallen heroes. Among those in attendance were the top U.S. Military commanders in Afghanistan. Boykin states, “As an American I’m outraged, as a soldier I am angry.”

Family members are questioning the circumstances surrounding the Extortion 17 mission, including the lead up to the deployment, the failed execution of the mission and what happened afterwards. This video of the memorial service has been characterized by some of the families who lost their sons in the failed Extortion 17 mission as “rubbing salt into an open wound”. 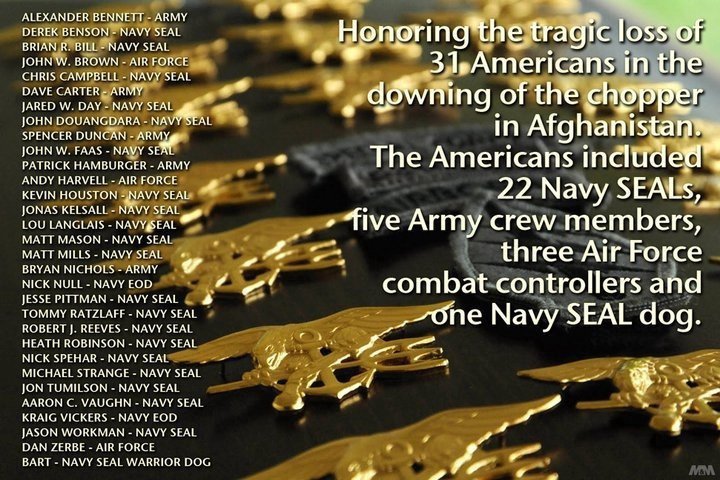 UPDATE: LTG Jerry Boykin demands answers about who authorized this Imam to be at the Extortion 17 ramp memorial service:

Watchdog says government has tried to silence him on Afghanistan