The President on Friday stated, “Trayvon Martin could have been me 35 years ago.”

Former Congressman Allen West once stated, “When tolerance becomes a one way street, it will lead to cultural suicide.” West would agree with the title of this column because racism has become a one way street for one purpose only – political gain for the political elite. Racist rhetoric comes at the expense of black families and black communities across the nation. The utopian quest for social justice has lead to government dependency for blacks.

Who would have thought the black community is being held hostage by America’s first black President.

As West points out in a recent column, “While tragic, Trayvon Martin’s death should not be the reason that the black community is marching in the streets. Black unemployment, gang crime, health problems, and abortion rates are plagues upon black people across the country.”

President Obama focuses on anything but the most tragic death in the black community – the death of the traditional black family.

Kids Count Data Center reports that in the District of Columbia 86% of black children live in single parent homes. In President Obama’s home state of Illinois 74% of black children live in single parent homes. Raynard Jackson from the Atlanta Daily World writes, “It is not a coincidence that since the early 60s, the out of wedlock birth rate for Blacks is currently around 74 percent, Hispanics around 60 percent, and Whites over 50 percent. There is direct causation between welfare, feminism and the destruction of or the marginalization of men and the family unit.”

Strict gun control laws in Chicago, President Obama’s home town, have lead to increased violence and deaths in black neighborhoods, drug and alcohol abuse among blacks leads to more accidents, and the right to choose leads to the abortion of more and more black babies. The Affordable Care Act will put blacks, especially young blacks, on part time and increase the cost of medical care for them.

The black community is well on its way to cultural suicide.

The rich culture of the black community, its churches and its families are now distant memories. If you do not believe it just look at Detroit, Michigan the largest of eight cities to go bankrupt since 2010. Look at what it means being black in a big city like Detroit run for half a century by progressive leaders and public service unions. Look at what it has done to black families, neighborhoods and an entire city. 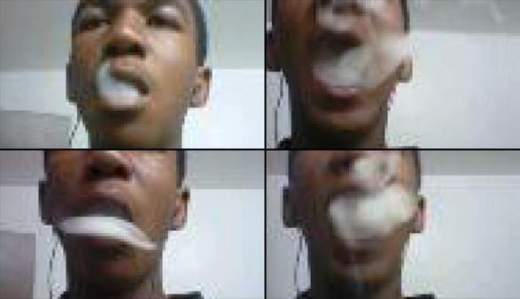 Detroit first experienced white flight then middle class black flight. What is left? Destruction, violence, abject poverty and a black culture that is but a shadow of its former self.

So where is President Obama? Can he relate to the blacks in Detroit or even Trayvon Martin? As a young black boy he grew up as part of an upper middle class white family in Hawaii. He was a half-black boy of privilege. He went to Punahou a prestigious private school, then on to college at two of America’s most prestigious universities.

What do Barack and Trayvon have in common?

The only thing Trayvon and Barack have in common is they both smoked pot. One wonders if Trayvon was inspired by pictures of Barack blowing weed. Perhaps he was emulating the young Barack in the pictures discovered on his cell phone?

West asks, “What is the legacy for the next generation in the black community?”

Video by Bill Whittle on the truth about Trayvon Martin, the concoction “lean” and the lynching of George Zimmerman by politicians, activists and the media: