Ramadan (Arabic: رمضان‎) is the ninth month of the Islamic calendar. Muslims worldwide observe this as a month of fasting. This annual observance is regarded as one of the Five Pillars of Islam. The month lasts 29–30 days based on the visual sightings of the crescent moon, according to numerous biographical accounts compiled in the hadiths. The word Ramadan comes from the Arabic root ramiḍa or ar-ramaḍ, which means scorching heat or dryness. Fasting is fard “obligatory” for adult Muslims, except those who are ill, traveling, pregnant, breastfeeding, diabetic or going through menstrual bleeding.

As Ramadan comes to a close it is important to recognize significant events which occurred during the 2013 Ramadan celebration. While hundreds of millions of Muslims celebrated Ramadan peacefully, some did not.

Most noteworthy is during Ramadan the United States closed twenty-one of its embassies in nineteen Islamic countries for a week due to a threat from al Qaeda and al Qaeda in the Arabian Peninsula (AQAP), both Muslim Brotherhood organizations.

Another is the violence which occurred during this holiest of Muslim observances.

John Hinderaker in his column, A Particularly cruel Islamic Attack, reports, “What does i[t] say about a religion when, if two innocent teenage girls walking down the street are doused with acid by men on motorbikes, everyone assumes the attackers must be Muslims? We let a great many outrages go unremarked, but this one really should be noted.” This attack occurred during Ramadan.

Hinderaker notes, “The victims are two British girls, Kirstie Trup and Katie Gee, both 18, who were spending their “gap year” between high school and university volunteering at an orphanage in Zanzibar. Zanzibar is a mostly Muslim place, so they had been warned about the need to fit in:

Kirstie’s father Marc Trup said they were both well aware of the need to dress modestly and had been told not to wear any symbols of their Jewish faith, such as the Star of David.”

Steven Amundson from The United West reports, “When it comes to racking up dead bodies, Islam is number one with  a bullet. The Religion of Peace smoked the competition again this Ramadan, posting overwhelming numbers during its holiest month that even the most determined multiculturalist would find hard to ignore.”

Ramadan Bombathon
2013 Scorecard
Because, if you think all religions are the same,
then you haven’t been paying attention

[Note: Much of the killing was claimed by Islamic groups affiliated with the pro-Sharia organization known as al-Qaeda].

* A Ukrainian has been charged with placing a bomb near a mosque in England during Ramadan.  No injuries or deaths resulted. The Religion of Peace.com lists this as an attack. However, we do not include attacks by Islamic terrorists unless they result in actual casualties. 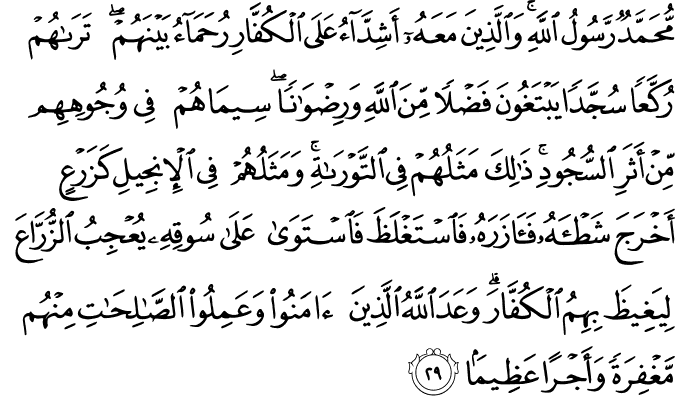 “Muhammad is the Messenger of Allah ; and those with him are forceful against the disbelievers, merciful among themselves. You see them bowing and prostrating [in prayer], seeking bounty from Allah and [His] pleasure. Their mark is on their faces from the trace of prostration. That is their description in the Torah. And their description in the Gospel is as a plant which produces its offshoots and strengthens them so they grow firm and stand upon their stalks, delighting the sowers – so that Allah may enrage by them the disbelievers. Allah has promised those who believe and do righteous deeds among them forgiveness and a great reward.”

EDITORS NOTE: The chart above with notes and commentary were reprinted from The Religion of Peace.com.