Wall Street Journal’s Meghan Cox Gurdon in her column, Darkness Too Visible: Contemporary fiction for teens is rife with explicit abuse, violence and depravity. Why is this considered a good idea? writes, “Amy Freeman, a 46-year-old mother of three, stood recently in the young-adult section of her local Barnes & Noble, in Bethesda, Md., feeling thwarted and disheartened. She had popped into the bookstore to pick up a welcome-home gift for her 13-year-old, who had been away. Hundreds of lurid and dramatic covers stood on the racks before her, and there was, she felt, ‘nothing, not a thing, that I could imagine giving my daughter. It was all vampires and suicide and self-mutilation, this dark, dark stuff.’ She left the store empty-handed.”

According to Publishers Weekly, “Total sales in the children’s/young adult segment rose 13.0% in 2012, to $3.70 billion, according to figures released by BookStats, the statistical program run by the Association of American Publishers and the Book Industry Study Group. Units were up 10.8% in the year, to 791.4 million. E-book sales had the biggest gain in the year within the segment, jumping 117%, to $469.2 million. E-books accounted for 12.6% of all children’s/young adult sales last year up from 6.5% in 2011.” The Chicago Tribune reported that YA books sold by HarperCollins, owned by Rupert Murdoch’s News Corp., “[M]ake up about 25 percent of the company’s revenues – and they’re growing.”

Who is buying up these “Young Adult” (YA) novels? Adults like public school librarians and teachers.

Take the survey at the end of the column: Are Young Adult novels pornographic?

Gurdon in “The Case for Good Taste in Children’s Books” writes, “Books for children and teenagers are written, packaged, and sold by adults. It follows from this that the emotional depictions they contain come to young people with a kind of adult imprimatur.” Any adult providing a 16-years old or younger child with a YA novel is the same as giving that child a subscription to Hustler Magazine (WARNING: THE HUSTLER LINK LEADS TO ADULT PORNOGRAPHIC MATERIAL).

Speak is pornographic with a small “P” compared to other YA novels. Gurdon describes of the content of several the most  popular and critically acclaimed YA novels:

A teenaged boy is kidnapped, drugged, and nearly raped by a male captor. After escaping, he comes across a pair of weird glasses that transport him to a world of almost impossible cruelty. Moments later, he finds himself facing a wall of horrors, “covered with impaled heads and other dripping, black-rot body parts: hands, hearts, feet, ears, penises. Where the f— was this?”

A girl struggles with self-hatred and self-injury. She cuts herself with razors secretly, but her secret gets out when she’s the victim of a sadistic sexual prank. Kids at school jeer at her, calling her “cutterslut.” In response, “she had sliced her arms to ribbons, but the badness remained, staining her insides like cancer. She had gouged her belly until it was a mess of meat and blood, but she still couldn’t breathe.”

I won’t read you the most offensive excerpts from my third example, which consist of explicit and obscene descriptions by a 17-year-old female narrator of sexual petting, of oral sex, and of rushing to a bathroom to defecate following a breakup. Yet School Library Journal praised Daria Snadowsky’s 2008 Young Adult novel, Anatomy of a Boyfriend, for dealing “in modern terms with the real issues of discovering sex for the first time.” And Random House, its publisher, gushed about the narrator’s “heartbreakingly honest voice” as she recounts the “exquisite ups and dramatic downs of teenage love and heartbreak.” 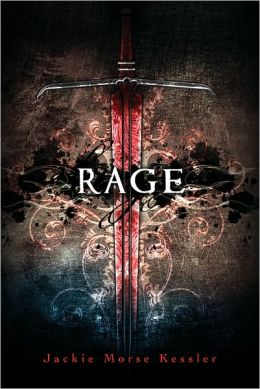 Gurdon notes, “The book industry, broadly speaking, says: Kids have a right to read whatever they want. And if you follow the argument through it becomes: Adults should not discriminate between good and bad books or stand as gatekeepers, deciding what young people should read. In other words, the faculty of judgment and taste that we apply in every other area of life involving children should somehow vaporize when it comes in contact with the printed word.”

“A recent study conducted at Virginia Tech found that college women who read “chick lit”—light novels that deal with the angst of being a modern woman—reported feeling more insecure about themselves and their bodies after reading novels in which the heroines feel insecure about themselves and their bodies. Similarly, federal researchers were puzzled for years by a seeming paradox when it came to educating children about the dangers of drugs and tobacco. There seemed to be a correlation between anti-drug and anti-tobacco programs in elementary and middle schools and subsequent drug and tobacco use at those schools. It turned out that at the same time children were learning that drugs and tobacco were bad, they were taking in the meta-message that adults expected them to use drugs and tobacco,” writes Gurdon.

Discriminating against books is done by both Progressives and Conservatives. Both agree books influence children. Gordon writes, “Now, although it may seem that our culture is split between Left and Right on the question of permissiveness regarding children’s reading material, in fact there is not so much division on the core issue as might appear. Secular progressives, despite their reaction to my article, have their own list of books they think young people shouldn’t read—for instance, books they claim are tinged with racism or jingoism or that depict traditional gender roles. Regarding the latter, you would not believe the extent to which children’s picture books today go out of the way to show father in an apron and mother tinkering with machinery. It’s pretty funny. But my larger point here is that the self-proclaimed anti-book-banners on the Left agree that books influence children and prefer some books to others.”

Gurdon quotes a school librarian in Idaho who wrote to her colleagues, “You are naïve if you think young people can read a dark and violent book that sits on the library shelves and not believe that that behavior must be condoned by the adults in their school lives.”

Teachers, public officials, parents, grandparents, aunts, uncles and friends need to understand what YA novels are and the damage they can and are doing to the innocence of our youth.

Public Schools Not Protecting the Innocence of our Youth

PEDOPHILIA, INCEST, AND GRAPHIC SEX: EXCERPTS FROM A COMMON CORE READING LIST BOOK FOR 11TH-GRADERS THAT WILL MAKE YOU BLUSH

Click here to view the results of this survey.