Once again Democrats, the Pioneers of Progress™, have led the way against the animalistic howls and cries of the Republican opposition and have secured the borders of our country. What was once a prosecutable hate crime for Republicans has become an act of Compassion™ and Caring™ by the forward looking Democrats. Republicans, at least a few of them, wanted to close the borders of America to keep undocumented voters locked up in the south, and deny Canadians access to affordable health care in the north. But now that incandescent light bulbs are as illegal as lemonade stands in all 57-61 states, the borders must be secured to prevent black market light bulbs, or black lights, from entering the country through our large and porous borders.

Wheezing from the floor of the Senate earlier today, a victorious Harry Reid could barely help congratulating himself.

“We have finally made our Republican colleagues see the light,” said the Senate majority leader, obviously delighted by his clever pun, “and now they too see the importance of border security. Millions of these incandescent light bulbs, identified by every responsible news outlet as the greatest environmental threat since George W Bush, are still available in Canada and Mexico. The potential damage to this country by the influx of illegal light bulbs would be incalculable and could cost billions, if not trillions, to undo.”

“I am proud to sign this bill into law,” reverberated President Obama at a signing ceremony. “Border security has been a top priority of this administration, and we will never rest until our borders are secure. I never said that if you like your light bulb you could keep your light bulb, somebody else said that,” grinned the president in a good-natured joke at his expense.

Looking over his shoulder at a small audience of citizens representing Democrats United for Limited Lighting (DULL), a young pregnant woman passed out, but was caught before falling to the floor. 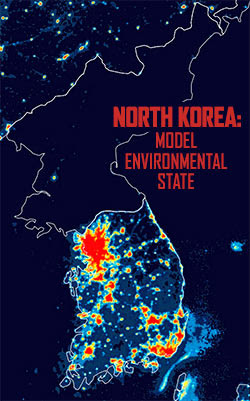 “At last, the backward tailless warmongering animals of the United States have followed the brilliant example of Dear Leader by choosing to rid their country of the threat of decentralized lighting. Just look at the progress our country has made,” said Mr. O, “which is clearly visible in any nighttime satellite photograph of our peninsula. We have no need of polluting incandescent light since the radiance of Dear Leader’s face lights up all of Pyongyang. Perhaps Americans can harness the brilliance of Joe Biden’s teeth to achieve a similar effect.”

“Our data has shown that if this menace [the unregulated use of incandescent light bulbs] were allowed for even one year, the heat generated would alter the course of the jet stream, set fire to Mount Kilimanjaro, melt the arctic ice cap, cause the sea levels to rise, and quite possibly wash away all of Al Gore’s beachfront property. In a word, it would undo everything this president has accomplished to save the planet from the ravages of George W Bush. It’s a good thing we nipped this threat in the bud. A decade of incandescent light use by just one city would be enough to destroy the solar system. The science is settled and the debate is over,” said Dr. Snoot gesturing to a chart from atop a scissor lift.

But every change, even one as forward-looking as the elimination of incandescent light bulbs, brings temporary suffering.

Speaking from her California home, Nancy Pelosi wore several rows of newly commissioned ribbons to identify with the newly identified classes of suffering people. “My heart goes out to the millions of hard-working coyotes, drug traffickers, and sex traffickers of juveniles who will be affected by this legislation. But as I’ve always said, I’m trying to save the planet, and that comes first.”