In separate interviews with civil rights icons Jesse Jackson and Al Sharpton, both men called on President Obama to apologize for his “overtly racist” comments in criticizing Rush Limbaugh and FOX News. “It’s like we get the first African-American president,” stated a visibly disappointed Jesse Jackson, “and he goes out spewing all this racist hatred about white people who disagree with him. It’s like Selma all over again.” 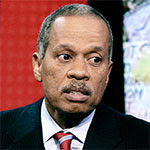 Political commentator Juan Williams, who used to be black before joining FOX News, was also saddened. “I don’t know what went wrong. I was a huge Obama supporter, but his comments really hurt me as a former black man. And the timing is so ironic. After a public service announcement by some concerned citizens about racial harmony gets published on YouTube, it becomes apparent that the president has been drinking some strong blend of racist coffee.” 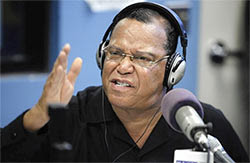 “I realized I was wrong to suggest he was the messiah,” Farrakhan said. “You see, he is America’s 44th president – 44! 44 is the caliber of Dirty Harry’s handgun, and Dirty Harry was played by a white man who was very intolerant. Now we have this intolerant president who’s half white and a racist. Let’s be intellectually honest here, if you criticize a white man for any reason, you hate white men. How can we achieve racial harmony with this kind of president?”

Minister Farrakhan could not be reached for further comment and has had his calls forwarded to the Mother Wheel.

In other news, Secretary of the Treasury, Jacob Lew, stated that the recent IRS auditing of Jackson, Sharpton, Williams, and Farrakhan is “purely coincidental.”