The Disney Channel targeted very young girls with lesbian relationships in the “Down the Tree” episode of Good Luck Charlie which first aired Sunday, January 26, 2014 at 7:30 pm.  Lego was the ONLY corporate sponsor mentioned. 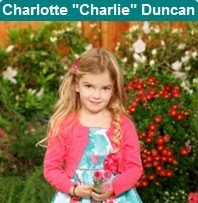 Click here to send your email voicing your concerns to LEGO officials.

Charlie’s mom, Amy Duncan (pictured below), opens the door to her home to greet lesbian couple, Cheryl and Susan.

Susan tells Charlie’s mom “This is Taylor’s other mom, Cheryl.” To which Charlie’s dad, Bob Duncan, slaps his head to signal that he figured out something important. Bob proclaims ”Taylor has two moms!!”

Later on Cheryl asks Amy Duncan “Is this your first time with two moms?”

Nothing like promoting the words “TWO MOMS” over and over again for the little girls watching the show.

Florida Family Association has prepared an email for you to send to voice concerns to Lego officials regarding Disney Channel sponsorship that aired during this episode.

Please click here to send your email to LEGO officials.