THE WHOLE TRUTH ABOUT THE RUSSIAN PRESIDENT

A spoon that Putin ate from can heal cataracts and glaucoma.

A fork that Putin ate from can slay a vampire with one stab.

A chair that Putin sat on gets promoted to the rank of Major General.

When Putin was little, he broke a cup. The spilled water turned into oceans and the splinters became continents.

A combination of Putin’s fingerprints reveals the State Seal of the Russian Federation.

Putin can scratch his own heel without bending over.

Shirts worn by Putin are sent to a secret military facility and converted to the strongest layer of armor for the Russian tanks.

Socks worn by Putin are routinely dropped on Chechen rebels.

Putin’s used tissues become the property of the Department of Cartography and their content is classified.

In the movies, Putin’s part is usually played by his twin brother Chuck Norris.

Putin can power up a microphone with his stare and shut down the Windows Media Player with his voice.

Putin can browse the Internet with a pocket calculator.

When Putin’s name is typed, the first letter capitalizes itself.

By squinting his eye Putin can read and write multimedia DVDs.

Putin’s stare has downed 15 American satellites spying over the Kremlin.

Putin’s stare penetrates a ten foot lead wall and brings a kettle to a boil within 10 seconds from three miles away. For public safety he must wear special contact lenses at all times.

Chechen rebels blow themselves up when they hear Putin’s true name.

Saying Putin’s name repeatedly contributes to the common good in the universe.

Putin inhales carbon dioxide and exhales oxygen, ensuring the continuation of life on the planet.

Putin’s love for humankind heats up the planet by 2.35 degrees annually – a phenomenon also known as the Global Warming.

Putin appeared in Thomas Edison’s dream and revealed how to live in harmony with the Universe. But all Edison could remember in the morning was how to make the light bulb.

When Putin drives a vehicle, its engine gains 1,000 horsepower.

Putin doesn’t need a mattress; he levitates in his sleep at an average citizen’s eye level.

Once a month the full moon howls at Putin.

Putin helps the Russian economy by filling the Earth with oil from his personal reserves.

Everything Putin touches turns into a national project.

Putin knows every Russian citizen’s name, address, and phone number. If you say a dirty word, Putin will call you in the evening to reprimand.

When Putin is sad, the national suicide statistics go up.

When Putin smiles, a child is born in Russia. If the smile is wider than usual, expect twins.

If a sunbeam shines beautifully through the clouds, Putin is nearby.

If you shake hands with Putin you will be taken to heaven alive.

If you hate Putin you may die early through your own fault.

FROM THE PEOPLE’S CUBE ARCHIVES: 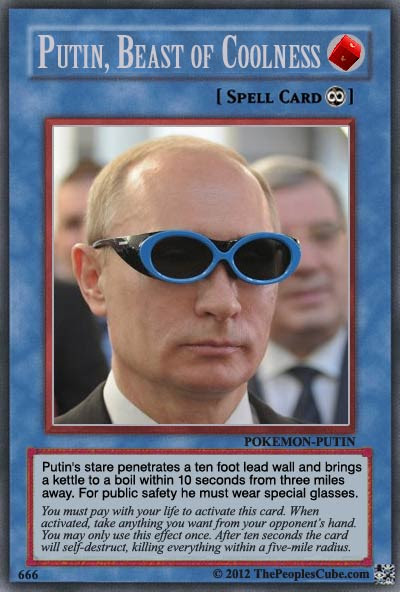 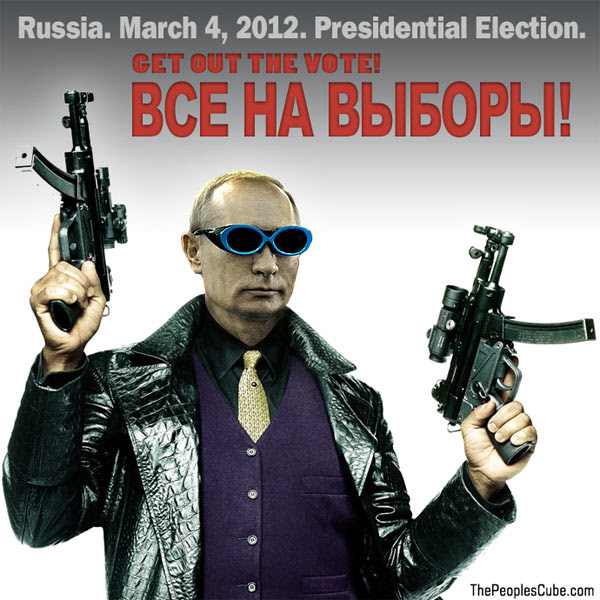