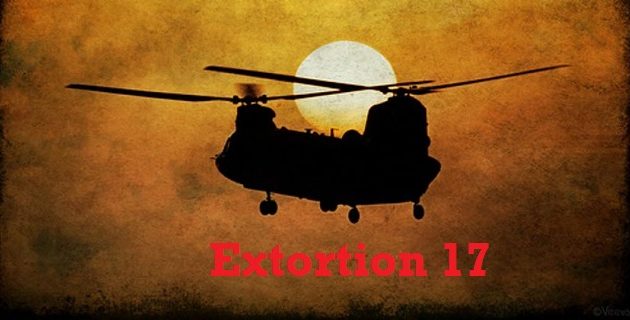 This is a powerful and emotional two hour discussion and Q@A with the parents of Aaron Carson Vaughn, a member of the elite SEAL Team VI special forces who was part of a mission in Afghanistan called Extortion 17.

In a brand new book, a tragic truth is revealed about the Obama Administration’s unrequited devotion from our most selfless of heroes. Aaron Carson Vaughn is honored by his heartbroken Dad in Betrayed, The Shocking True Story of Extortion 17 as told by a Navy SEAL’s Father. The book chronicles the events that led to the death of Aaron Carson Vaughn and was authored by Billy Vaughn, with co-authors Monica Morrill and Cari Blake.

The book details the events of August 6, 2011 in Afghanistan surrounding the shooting down of an American Chinook helicopter that held the evocative name of “Extortion 17.”A high-value Al-Qaeda leader was pinned down in a village by U.S. Army Rangers. Three hours into the intense ground engagement, Extortion 17 was tasked to carry seventeen SEALs into the battle with the onerous task of capturing the Al-Qaeda leader alive.

The Chinook was operated by a crew of five from the National Guard and carried an additional 22 Navy personnel in support of the elite SEAL team. One Afghan interpreter was also on board and, just before taking off, seven Afghan commandos were curiously assigned to the final flight of Extortion 17.

As the Chinook approached its destination, the enemy could be seen running into a building with a tower that gave them an advantageous shooting position. The two Apache escort helicopters had all the visibility and firepower to resolve the battle before Extortion 17 delivered the SEAL team. But the Apaches were denied permission to attack.

Under the Obama Administration’s new rules of engagement, no strike could be made on that building without assurance that no civilians were inside. The enemy knows these rules, which is why they run into buildings where civilians may be located.

Under the protection of Obama rules, the enemy set up on the tower of the building and shot down Extortion 17 using three rocket-propelled grenades. The Chinook fell to the ground in a tremendous explosion, killing all 30 people on board.

The parents of those SEAL Team members who died were gathered for a briefing and were given hundreds of pages of information from the investigation of the event. Betrayed includes many pages of that original material; material that raised enough unsettling questions that Billy Vaughn wrote a book.

One question asked at the briefing was why, even in the minutes following the shoot-down of Extortion 17, America’s massive firepower was withheld. Three-star Admiral Robert Harward explained to the parents that a drone strike wasn’t used because, “we need to win their hearts and minds.”