Marking the third anniversary of Obamacare’s passage, House Minority Leader Nancy Pelosi (D-Calif.) said the health care law fulfills the promises of life, liberty and the pursuit of happiness by liberating workers from their place of employment and allowing them to pursue careers in the arts. “And just think that you could be a photographer or writer,” Pelosi said.

Pelosi often has praised Obamacare in this way, saying it enables Americans to quit their jobs and become artists.

“We see it as an entrepreneurial bill,” Pelosi said in May 2010. “A bill that says to someone, if you want to be creative and be a musician or whatever, you can leave your work, focus on your talent, your skill, your passion, your aspirations because you will have health care.”

Last year, while marking the second anniversary of the health care law, Pelosi used a similar line, saying Obamacare allows you to quit your job and become “whatever.”

We made the visual aid below for a new government program helping workers who have lost their jobs due to Obamacare, in their transitioning from shovels to paintbrushes. 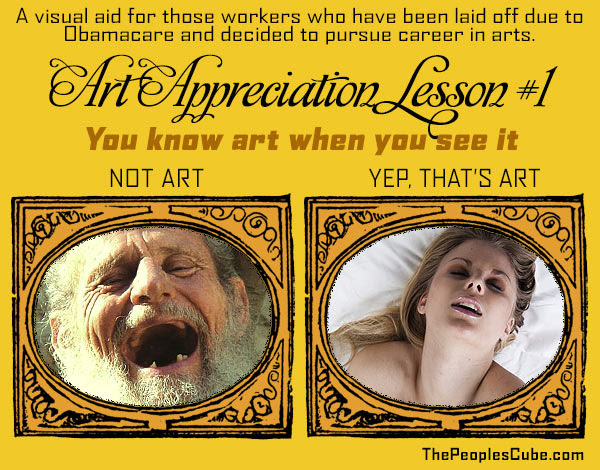 And on a different note: