If you remember previously Jeb came out and said “Immigrants are more fertile” and is married to one who bore him three children.

Jeb knows from first hand experience about an “Act of Love” since his wife Columba is a Mexican whom he met while teaching in Mexico in 1971. He left Mexico and surprisingly she showed up in Texas and they were married in 1974. Columba was Naturalized in 1988.

Regardless, they have three children named George, Noelle and Jeb. Below are a few of the accomplishments of the kids. George is running for state office in TX. Please keep in mind Jeb considers himself somewhat of an expert regarding primary and secondary education supporting common core. Somehow I don’t think Jeb is qualified to be lecturing on how kids should be educated.

If you click on the links below they have been scrubbed from the internet. Fortunately I saved the info before it was scrubbed. 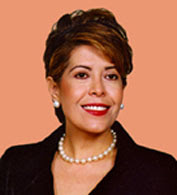 In June 1999 Columba Bush was thwarted at Atlanta International Airport attempting to smuggle $19,000 in French clothing and jewelry into the United States without declaring the purchases. Despite the fact that the U.S. customs officers gave her two opportunities to amend the form, Bush declined. Then they found the receipts in her purse. Bush wrote a check for $4,100 to cover the fine (three times the duty amount) and went on her way. A few days later she claimed her crime had been entirely inadvertent, calling it “an awful mistake” and declaring: “It’s an accident and I regret it with all my heart.”