I suppose that throughout history men and women have asked themselves if they were living through either the worst or best of times. The times between wars are most surely the best of times and the times leading up to and during a war qualify as the worst.  They are, however, rather quickly forgotten. It only takes about two generations—sometimes less—to move on from such events.

May 8, is “VE Day” celebrating the U.S. victory in Europe in World War Two. I suspect that most of our younger generations, including some of the Boomers, have no idea what the “VE” stands for.

World War Two ended seven decades ago, but not only have most Americans moved on from the horror of September 11, 2001, but it would appear that even the killing of an American ambassador and three security personnel in Benghazi, Libya on September 11, 2012 doesn’t arouse much anger even as we learn of a White House cover-up that utterly debases their sacrifice and loss. “Dude, that was two years ago,” said one White House staff member; as crass and crude a dismissal as one can imagine.

From a perspective of more than seventy and a half years, my mind flashes back to the Watergate scandal that began in June 1972 and concluded with President Nixon’s resignation in August 1974. That was a long two years as the attending events unfolded.

Forty-three people in the Nixon administration went to jail for their participation in the cover-up. The current Attorney General received a Contempt of Congress citation for his failure to provide information about one of the administration’s many scandals and during a recent speech to the National Action Network, a group founded by Rev. Al Sharpton, asked “What Attorney General has ever had to deal with that kind of treatment?” Does the name John Mitchell ring a bell? He was Nixon’s Attorney General.

Holder apparently believes that the charges hurled at him and President Obama are mostly based on the color of their skin. We live in a nation that has a black President, a black Attorney General, and a black member of the Supreme Court, to name just a few Afro-Americans who have made it to the topmost circles of power. There are 43 black members of the House and one in the Senate. I grew up in a nation where blacks could not eat in certain restaurants, get a room at a hotel, and even had separate drinking fountains. I witnessed the Civil Rights era and these, for black Americans, are the best of times in the long history of our nation.

For nearly all Americans, however, these are far from the best of times. In 1981 President Reagan pulled the nation out of a recession and set it on a path of prosperity that lasted well in the Clinton years. A financial crisis occurred in the last year of President Bush’s second term. If President Obama didn’t want to “inherit” that, he should not have run for office, but he spent his entire first term blaming the economy and everything else on Bush to the point where he made himself look foolish. And then he was reelected!

We are now two years into Obama’s second term and failed economic and national security policies that include the shrinking of our military power to the levels of pre-World War Two years. Domestic policies are having their effect on failed foreign policies. There are some 90 million Americans out of work or who ceased to look for it.

Peace, some say, is the period between wars and there is great truth in that. Most of my life was spent in the last century, starting in the latter years of the 1930s. There were thirty-two wars, large and small, somewhere in the world during the last century, including a Cold War from 1945 to 1991 between the U.S. and the then-Soviet Union.

War is the way nations tend to settle their differences. Despite the creation of the United Nations after World War Two ended, the U.S. has been engaged in wars and their deterrence. The rest of the world during the last century pursued wars in places that included Mexico, Russia, China, Spain and the rest of Europe, the French Indochina War, the French-Algerian War, the Soviet-Afghan War, the Iran-Iraq War, the third Balkan War, the Rwandan genocide, and the wars that Israel has endured over the more than sixty years of its existence.

This is why many are inclined to think, not only in terms of the U.S. economy, but in response to events beyond our borders—once again in Europe—that the conflict in the Ukraine may metastasize into World War Three if NATO is forced to confront a Russia behaving like it did before its former government collapsed.

I would, however, suggest that the greatest threat of war is staring the entire world in the face and that is an Iran with nuclear weapons. 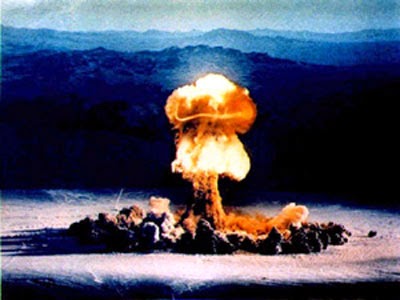 We have a President who has displayed virtually no knowledge, nor understanding of the history briefly detailed here. Instead, he has pursued a deal with an Iran that has hated the U.S. (and Israel) as the heart of its foreign policy since 1979, As one former senior intelligence official was recently quoted as saying, “The fear is that the Iranians are going to pretend to give up their nuclear weapons program—and we are going to pretend to believe them.”

The only outcome of that would be an attack on Iran’s nuclear facilities by Israel for whom a nuclear Iran would be a second Holocaust. Israel destroyed a nuclear reactor in Iraq in 1981 and in Syria in 2007.

In a broader context, we and the rest of the world are living in an era in which Islam is challenging Western, modern civilization with precepts that embrace beheading, amputation, stoning to death, and other forms of violence, often against women, that must be confronted and defeated.

So, if these are best of times, they could rapidly turn into the worst of times…again.