TPC News, Washington DC – In an effort to cooperate with Republican calls to investigate the events leading up to the attack on Benghazi, House Democrats on Thursday took the unusual step of going straight to the source of the controversy.

“Only one person can answer all their questions,” explained Minority Leader Nancy Pelosi, “and though he has passed on, Ambassador Stevens can still be summoned from the beyond, and this is what we did.”

“No one whom Republicans want to investigate was actually in Benghazi as a witness. So this is nothing but a desperate attempt to win political points for the next election. When they tried to get House Democrats to participate in their grandstanding and pretend it’s anything other than political theater, we decided that enough was enough and went to the only person that could clear things up. We went to Mme. Blavatsky,” Pelosi said. 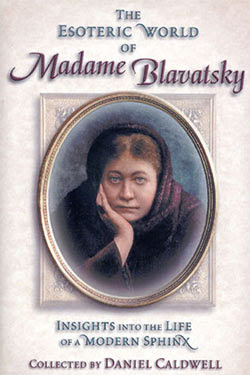 Mme. Blavatsky, a long time resident of Washington DC, is a trusted spiritual medium of the old school, who conducts seances by special request. With very few people outside the Beltway familiar with her name, Mme. Blavatsky is nonetheless a highly influential figure in the salons of the Democratic Party.

Though the press is rarely present at such Democratic Party events, this one warranted extensive media coverage. The invited journalists and bloggers were asked to stay behind the roped-off area in complete silence, as high-ranking House Democrats sat at a large round table holding hands, with the striking Mme. Blavatsky at its head.

“Shhh!” she said after a long silence, and called on everyone at the table to close their eyes and concentrate.

The seance went through the usual standard operating procedures (we mustn’t bore our readers with those details), and within a reasonable period of time Mme. Blavatsky was alternately speaking tongues, laughing, weeping, and gossiping with famous dead people who were idling their time in the beyond.

The trivial chatter eventually shifted to Benghazi and her wish to speak to Ambassador Stevens.

As Mme. Blavatsky went quiet, the House Democrats at the seance table became noticeably fidgety. Many opened their eyes and saw an amazing thing happen.

As if all of a sudden, a doorway to an adjoining room opened, revealing a spectral figure of a bespectacled man. He appeared old and worn, looking more like Harry Reid than Ambassador Stevens. Did Stevens wear glasses?

“I am Ambassador Stevens,” the shadowy shape said. “Why do you summon me?”

“Benghazi?” said the spectral form in the doorway. “Please, I ask that you don’t investigate that unfortunate misunderstanding. There’s nothing to be gained. You’ll only aggravate old wounds. I know better than you, as I am a spirit, and again I ask you to stop the investigation.”

With that desperate plea from beyond, the seance seemed to be over. Mme. Blavatsky thanked the spirit for dropping in, fully expecting him to skedaddle. The high-ranking Democrats around the table seemed to expect the same thing, lowering their hands and beginning to chit-chat.

But the ethereal spirit didn’t seem to have gotten the memo.

Just then the lights suddenly went out and security hurriedly led the assembled press corpse out of the mansion and back into the light of day with a news story, which boiled down to one sentence: Spirit of Ambassador Stevens asks the Democrats to stop investigating Benghazi and start investigating the Koch brothers.