Hillary Clinton has served America for decades; in January 1993, she made history as she became the country’s first co-president along with her husband, Bill.

After her tour in the White House ended, she answered the call from her adopted state of New York and voluntarily gave up a lucrative career trading cattle futures to act as one of only two US senators from that state. 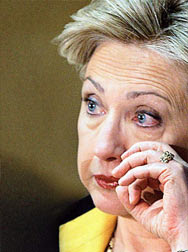 In 2008, after tirelessly devoting herself to helping Barack Obama become America’s best president, she looked forward to retiring to a quiet life in a small cottage somewhere. Once again her country called, pleading with her to act as Secretary of State because President Obama, who would’ve been better than anybody at the job, was simply too busy to do it himself.

After four extremely successful years in the post, Ms. Clinton was on duty at 3 AM in the White House War Room when a call came in, informing her the extreme Tea Party wing of the Libyan Republican Party attacked the U.S. embassy in Benghazi. The date was Sept 11, 2012.

She immediately ordered the U.S. military to parachute her into the compound so she could take command. The Joint Chiefs balked, saying that the embassy was seven thousand miles away and by the time she got there, the attack would be over.

“What difference does it make?” she said softly, “Get me there now!”

The Chiefs relented. But, as they feared, by the time she arrived it was too late; president Obama’s poll numbers were already starting to fall. 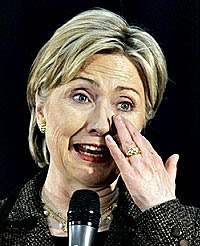 Not wishing to see America’s best president lose the 2012 election to a rich guy whose campaign platform was to declare War on Womyn, Hillary bravely fell on her sword (and maybe a bottle of liquor or two) and took the blame for the embassy attack. The gambit worked and President Obama was easily re-elected, saving the country from the clutches of Bain Capital.

But the price was steep: Hillary suffered a concussion from falling on her sword and her doctors told her she could never parachute into enemy action again. Not content to be a mere figurehead as Secretary of State, Hillary Rodham Clinton retired in 2013 to devote herself to growing flowers, writing books, and making cookies.

Her injuries from Benghazi and her 1996 arrival under sniper fire in Bosnia still give her pain, but the physical scars are not what bother her the most. For, in spite of her decades of selfless service to America, decades in which she never forgot her fellow Americans, she recently revealed the great disappointment in her life: Americans had often forgotten about her. As she recently revealed to esteemed, accredited, impartial, state-approved TV journalist Diane Sawbucks: “We came out of the White House not only dead broke but in debt.” 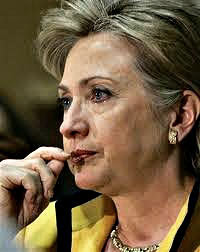 “It is shocking, simply shocking that America can cast aside its fallen heroes so readily,” said another nearly destitute Democrat senator, on his way to promote a documentary movie about the hold right wing billionaires have on the country.

“The Koch Brothers don’t care who they hurt!”

“The country wouldn’t treat wounded veterans so poorly”, said Senator Elizabeth Warren, herself so impoverished she was forced to accept a $525,000 advance for a new book in order to keep vichyssoise and caviar on the table.

“But just because a leader is a civilian womyn lawyer, the patriarchy feels it’s OK to treat you like dirt!”

“A few years ago, they wanted to send her and Barack Obama for coffee,” said former co-president Bill.

But most party leaders took a less confrontational tack. “Look,” said one high ranking party official and real estate salesperson, “Hillary’s had some rough times financially but she’s not looking for a handout. She wants to work!”

“All she wants is a job commensurate with her skills. You wouldn’t offer a broke Picasso a job painting houses, you can’t offer Hillary Clinton a job as CEO of a paint company.”

The time has come where we, America, repay our debt to Hillary Clinton by finding a position for her, something that would pay enough to get her back on her feet but still allow her some time for leisure activities, like travel and golf.

“Government is simply the name for the things we do together,” states President Obama. We each play a part in this. The president’s part is picking the things we do and everyone else’s part is paying for those things. It’s time that we pay Hillary for that. (No, I care if that makes sense or not.)