There are growing concerns that Western civilization is in decline due, in part, to policies that have made the traditional family with children the exception rather than the rule. Maintaining high fertility rates are important and must be part of any civilizations priorities.

Western political policies, which include aborting future generations and redefining marriage, have added to this growing concern that Western civilization is in a dangerous demographic downward spiral, with some Western European cultures unable to recover from it, ever.

Cultures which produce children at a rate of 2.11 per family or greater survive and thrive. Those who do not, become extinct. This video clip makes the point of which cultures are in decline and which are surviving and thriving. This issue has been covered in multiple books and articles.

I recommend visiting the website Demographic Bomb: Demography is Destiny. There are two DVDs which you may order online. Both are a must watch if you want to understand the importance of the traditional family and cultures that support it.

Young children are disappearing from Italian society, and the end isn’t in sight. According to one estimate by the UN’s Population Division, their numbers will drop to fewer than 1.6 million in 2020, and to 1.3 million by 2050. At that point, they will account for a mere 2.8 percent of the Italian nation.

Italy isn’t alone. There are 1.7 million fewer young children in Poland today than there were in 1960, a 50 percent drop. In Spain 30 years ago, there were nearly 3.3 million young children; there are just 2.2 million today. Across Europe, there were more than 57 million children under 5 in 1960; today, that age group has plummeted to 35 million, a decline of 38 percent.

The world’s population is still growing, thanks to rising longevity. But fertility rates – the average number of children born per woman – are falling nearly everywhere. More and more adults are deciding to have fewer and fewer children. Worldwide, reports the UN, there are 6 million fewer babies and young children today than there were in 1990. By 2015, according to one calculation, there will be 83 million fewer. By 2025, 127 million fewer. By 2050, the world’s supply of the youngest children may have plunged by a quarter of a billion, and will amount to less than 5 percent of the human family.

The reasons for this birth dearth are many. Among them:

As the number of women in the workforce has soared, many have delayed marriage and childbearing, or decided against them altogether. The Sexual Revolution, by making sex readily available without marriage, removed what for many men had been a powerful motive to marry. Skyrocketing rates of divorce have made women less likely to have as many children as in generations past. Years of indoctrination about the perils of “overpopulation” have led many couples to embrace childlessness as a virtue.

Result: a dramatic and inexorable aging of society. In the years ahead, the ranks of the elderly are going to swell to unprecedented levels, while the number of young people continues to dwindle. The working-age population will shrink, first in relation to the population of retirees, then in absolute terms.

Now a determined optimist might take this as good news. In theory, fewer people in the workforce should increase the demand for employees and thus keep unemployment low and the economy humming.

But the record tells a different story. In Japan, where the fall in fertility rates began early, the working-age population has been a diminishing share of the nation for 20 years. Yet for much of that period, unemployment has been up, not down

“Similarly, in the United States, the number of people between the ages of 15 and 24 has been declining in relative terms since 1990,” demographer Phillip Longman observed in the Harvard Business Review. “But the smaller supply has not made younger workers more valuable; their unemployment rate has increased relative to that of their older counterparts.”

Far from boosting the economy, an aging population depresses it. As workers are taxed more heavily to support surging numbers of elders, they respond by working less, which leads to stagnation, which reduces economic opportunity still further. “Imagine that all your taxes went for nothing but Social Security and Medicare,” says Longman in “Demographic Winter,” a new documentary about the coming population decline, “and you still didn’t have health care as a young person.”

Gary Becker, a Nobel laureate in economics, emphasizes that nothing is more indispensable to growth than “human capital” – the knowledge, skills, and experience of men and women. That is why baby booms are so often harbingers of economic expansion and vigor. And why businesses and young people drain away from regions where population is waning.

A world without children will be a poorer world – grayer, lonelier, less creative, less confident. Children are a great blessing, but it may take their disappearance for the world to remember why.

Save Our World By Saving Our Children 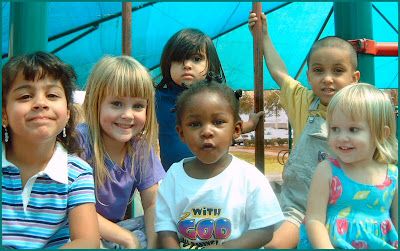 One of the most ominous dramas of modern times is quietly unfolding. Below replacement fertility rates in many countries and the decline of the natural family are leading us to a demographic “tipping point” which threatens catastrophic consequences.

In Demographic Bomb it poses the question: How do we value children in today’s world?

Do we value children as a blessing or as a burden? Has society been so indoctrinated with the idea that the world is over populated, that we are now willing to sacrifice children and a proven economic model that is essential for the growth and economic prosperity of every nation? In the documentary “Demographic Bomb, demography is destiny” it tells of the decline of the family and how below-replacement fertility has negatively affected the global economy. Today, most of the world is experiencing a birth dearth – for it takes 2.1 children to replace the previous generation and all of Europe is only at 1.36.

A good example from history on how birthrates have affected a country’s future prosperity is a comparison between the United States and Japan. After World War II, the US soldiers came home and had babies and America enjoyed the 81 million baby boom generation, which led to 40 years of great prosperity for America. As the baby boom generation hit their pick spending age and increased their consumer spending, the US economy sky rocketed. It is individual spending that drives the economy, for it represents over 70% of the United States Gross National Product.

Where, on the other hand, Japan did not enjoy a baby boom after World War II. They had women in the workforce working for the war effort and war machine and after the war the women stayed in the workforce to clean up the ashes of destruction of World War II. Thus, they didn’t have a lot of children, but with everyone in the workforce, there economy did extremely well for the next 30 plus years, but the forgot one thing–children for their future. So from their market peek in the late 1990’s their stock market, the Nikkei, dropped 80% of its value over the next 14 years, and their real estate values dropped %60 across the board during that same time period.

Why is this important that a country understands something about demographics? Because as they understand the role that demographics play as a great predictor of a country’s fate and future, they will come to realize that children are essential for a country’s economic survival. Countries like Russia, which are aborting more children than are being born, and countries like China, which has the One-Child policy and through selective abortions and infeicide killings has now left over a 100 million men that will not be able to get married because there are not enough women to go around, will come to realize that if they want economic properity, they need to re-examine their population control policies and programs.

So, if we want to save millions of children each year who are the innocent victims of abortion, social decay, civil unrest and economic strife, then we need to educate policy makers on the messages that are contained in these two important documentaries.

Visit our website to find out more about Demographic Bomb- Demography is Destiny: www.DemographicBomb.com