One way to ensure permanence in the field of electronics is to “hardwire”– which means to “permanently connect.”

In electronics, “hardwiring” refers to circuitry. 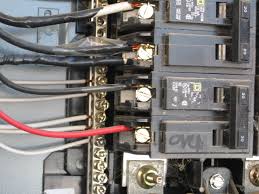 Bill Gates has already likened the Common Core State Standards (CCSS) to circuitry, with the moronic assertion that standardization of an American education from which he and his children are exempt will surely lead to “innovation” in this March 2014Washington Post appeal to teachers to “defend” CCSS:

Standardization is especially important to allow for innovation in the classroom, said Gates, who used an analogy of electrical outlets.

“If you have 50 different plug types, appliances wouldn’t be available and would be very expensive,” he said. But once an electric outlet becomes standardized, many companies can design appliances and competition ensues, creating variety and better prices for consumers, he said.

If states use common academic standards, the quality of classroom materials and professional development will improve, Gates said. Much of that material will be digital tools that are personalized to the student, he said. “To get this innovation out, common standards will be helpful,” he said. [Emphasis added.]

Making all US classrooms “the same” will somehow (only the fairies really know how) *transform US education.* He assumes that since appliances operate via the same “plug,” CCSS is suitable for the American classroom for the masses.

Just plug in the children of the masses, and creativity will bloom. Standardization will lead to *digital solutions*, which apparently are the solutions for all kids of the masses, no matter their capabilities, personalities, tendencies, interests, or preferences. 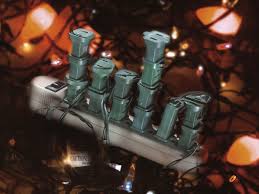 Gates doesn’t address the fact that not everything inserted into an outlet is beneficial.

I could “innovatively” design a gadget, plug it in, and get electrocuted.

But back to that “hardwiring.”

Hardwiring is not “innovative.” It is permanent and set.

In that March 2014 Washington Post article, Gates appealed to teachers to “defend” CCSS.

March 2014 was a busy month for Bill and his CCSS campaign. He “explained” CCSS at the American Enterprise Institute (AEI)– one of many “nonprofits” he funded to “explore” CCSS; he dined with 80 senators and other officials and pitched his reforms; he gave the keynote at the National Board for Professional Teaching Standards (NBPTS) conference, and he granted Lyndsey Layton of the Washington Post an interview in which he insisted he is neither purchasing nor driving American education.

As of July 2014, he is willing to pay for organizations to “help” teachers “hardwire”… the CCSS “curriculum??

I thought CCSS wasn’t a curriculum….

Anyone who believes that CCSS can be isolated from curriculum and tests (and professional development has not read mega-education corporation Pearson’s February 2014 earnings call.

Pearson intends to capture millions (billions?) by casting the lucrative CCSS net wide– tests, curriculum, professional development– and, of course, it will use technology.

That doesn’t mean others cannot help with the rewiring.

Gates July 2014 “hardwire” grant has been paid to the nonprofit (of course, a nonprofit) Constitutional Rights Foundation:

“Professional development for teachers to further hardwire the CCSS curriculum.” 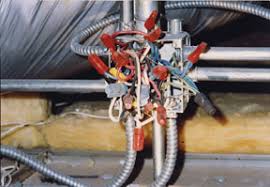 In May 2014, Pearson was awarded the contract for one of the two federally-funded CCSS testing consortia, the Partnership for Assessment of Readiness for College and Careers (PARCC). Before that, in February 2014, Pearson was already banking on CCSS– curriculum included. Pearson plans to “embed” itself in American education and make itself “indispensable” to the American CCSS venture.

Pearson is already planning to “hardwire” American teachers and students to their CCSS curriculum. And why not? It will complement their CCSS high-stakes PARCC tests.

PARCC is a fantastic “hardwiring” mold. And at last, PARCC begins to publicly admit as much:

In August 2014, PARCC CEO Laura Slover (one on the inside of CCSS development via Achieve and now, in charge of one of the powerful, lucrative CCSS testing consortia) admitted that the CCSS assessment will indeed drive curriculum (not news to those of us who are currently in the classroom) by way of “informing instruction.”

Of course it will.

Here it is, in Slover’s words:

“High quality assessments go hand-in-hand with high quality instruction based, on high quality standards,” said Laura Slover, the Chief Executive Officer of the PARCC nonprofit. “You cannot have one without the other.” [Emphasis added.]

The comma placement in Slovner’s first sentence is a curiosity– as though she paused to consider what exactly she was saying. Don’t want to state too clearly that the tests will drive curriculum.

Too late, Laura. We already get it. High-stakes tests drive classroom instruction. The higher the stakes, the stronger the drive.

–it will only *work* if the CRF professional development leads to a curriculum that *fits the outlet* of the CCSS assessment.

And it could, based upon CCSS ELA literacy standards for grades 6 through 8.

Just to be safe, Bill–

–better make sure your purchased hardwiring is okay with PARCC and Smarter Balanced first.

You see, Bill, CCSS is not the outlet. The CCSS assessments are the outlets.