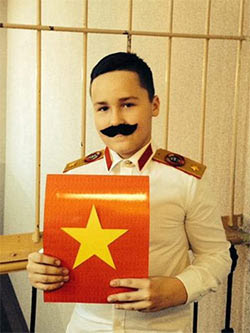 What happens to a Christmas play when Joseph Stalin is more known than the biblical Joseph.

This “life imitates the People’s Cube” moment comes from St. Petersburg, Russia. What seems to be a spoof is a legitimate story via RIA Novosti, a Russian news agency. As a historical footnote, Nativity plays are a new concept in Russia, where Joseph Stalin is better known than the biblical Joseph, which occasionally causes Freudian slips like the one below.

A St. Petersburg student mistakenly showed up dressed as Joseph Stalin to the Christmas play where he was supposed to play the biblical character of Joseph.

“Yesterday, my 12-year-old son participated in a school play. He told us ahead of time that he got the role of Joseph Stalin who is talking to some woman. It wasn’t a big surprise to us, as he has played parts in school plays before, and once he was even a watermelon,” wrote the student’s father Fyodor Gavrichenko on his Facebook page.

Gavrichenko said the whole family worked on making the costume – especially the grandmother, who sewed trouser stripes to the pants, found some old army boots, made a generalissimo mustache and a red folder with a big star.

They didn’t realize the mistake until the last moment because the play was in German as part of the boy’s foreign language class, and no one understood what the son’s lines meant. Apparently, the boy hadn’t been paying attention in class either. Instead of bringing the costume to school before the play, he showed the teacher its picture on his cell phone. The teacher thought it was a joke and said that the costume “rocks.”

The family sensed trouble when they saw their son’s classmate dressed as Magi. “Who are you?” asked the Magi. “I’m Mary’s husband… Joseph Stalin,” said the boy. His confidence shaken, the classmate went to the teacher: “Our Joseph turns out to be Stalin… Is that a good thing?” “What?” asked the teacher, as he pulled the curtain revealing the Nativity scene with Joseph and Mary. It was too late to change.

The plot thickened before the drama began. According to the father, Stalin’s outfit was a smash. The boy’s lines were accompanied by fits of hysterical laughter through the tears from other parents, some of whom reportedly fell off their chairs.

Those who can read the original Facebook post in Russian will notice that the father knows as little about the Nativity story as his son, confusing characters and their roles in the story. This is rather a norm in Russia, where erstwhile official atheism is only now being replaced by the official Orthodox Church. This St. Petersburg family couldn’t tell the shepherds from angels even if their son’s play weren’t in German. But at least they’re trying.

Some conservatives see the resurgence of Christianity in Russia as a good thing, praising Putin for his support to the Russian Orthodox Church. They may not realize just what kind of Christianity Putin is boosting in Russia – a People’s Religion with St. Joseph as its prophet.

The icons below are not parodies and they have not been photoshopped. The mix-up of Josephs in our Christmas story is more than a Freudian slip. It’s a representation of the new state religion. 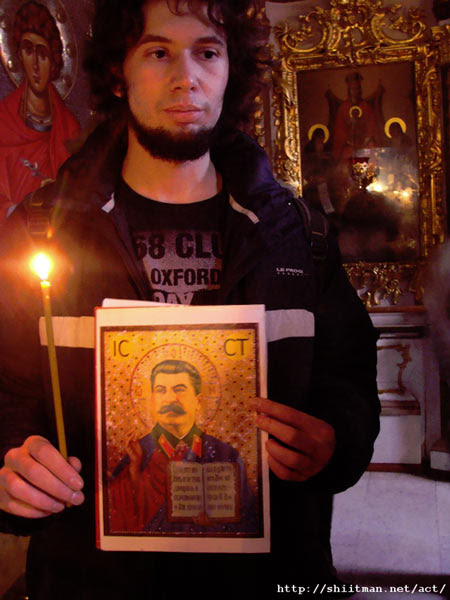 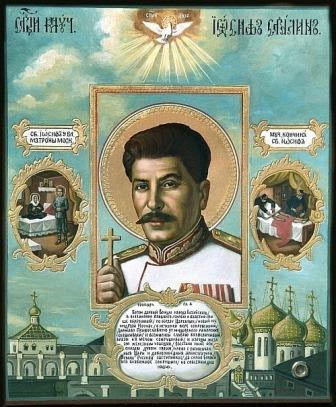 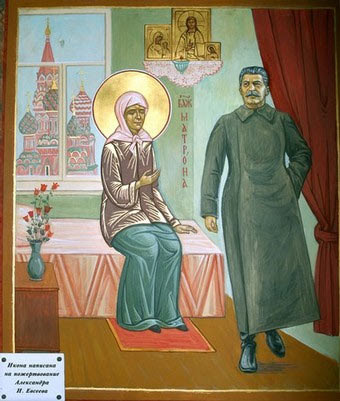 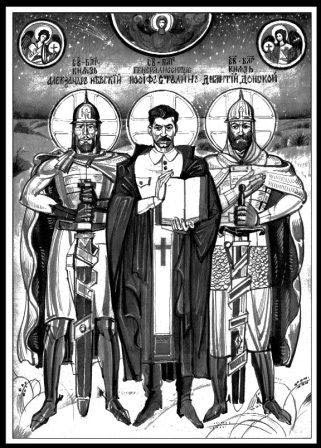 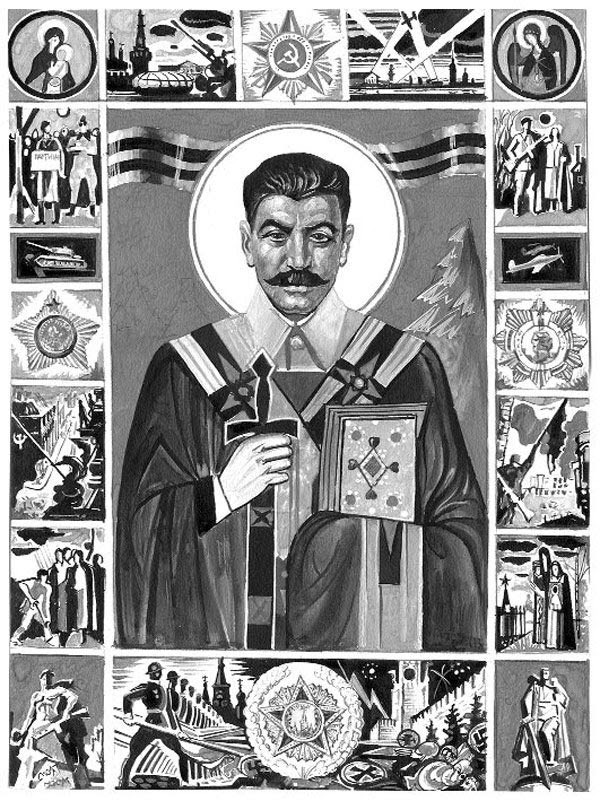 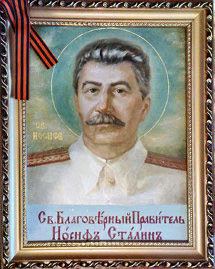