In addition to offering 51 gender options to its users, Facebook is also changing its male, female, and group icons in order to bring more fairness and equality among the 51 aforementioned genders. Thus, instead of the female appearing behind the male’s shoulder, she is now in front of the male, which makes hers a more equal gender.

The female’s new hairdo makes her look less like Darth Vader, and the group icon now features a third, metrosexual-haired silhouette that can be one of the remaining 48 genders. The Washington Post happily reports this revolutionary development as an important step towards eliminating cultural biases that have contributed to gender inequality.

Unnoticed and unreported, however, came another development in the world of Facebook icons: the appearance of a Comrade Che emoticon.

In other words, while Facebook, WaPo, and others are splitting hairs over the equality of multiple genders, along comes Che Guevara and puts them up against the wall, if only in Facebook terms. And that’s how revolutions happen in real life, too.

The website behind the Che emoticon offers this description:

“The rebel, the face of non-conformity. Che will add style to your Facebook chats and messages.”

Really? Is the face of a masculine cisgender-male person still in tune with modern times? Given that Che Guevara never questioned his sexual identity but merely accepted an assigned gender role that was expected of him by the patriarchal bourgeois society, just how much of a rebel and non-conformist was he?

Our research has led us to an ideal candidate. Meet Conchita Wurst, the Austrian Drag Queen of Eurovision, the new true face of non-conformity! 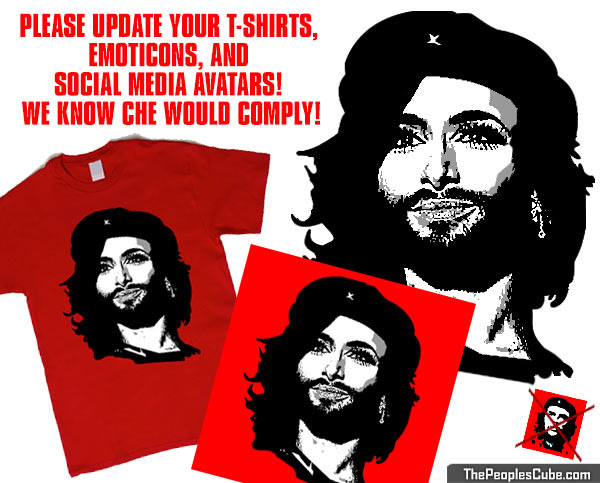 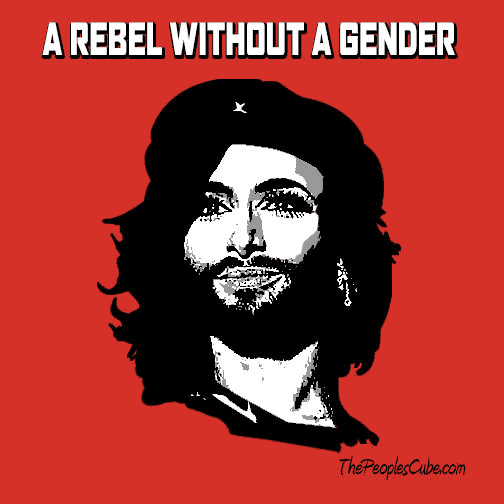 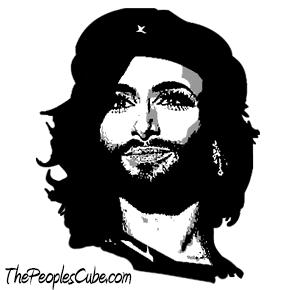 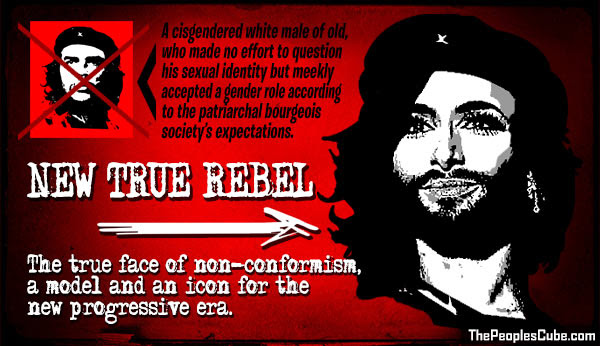