There’s a strange love-fest going on between a newspaper in South Carolina and an Islamic group with a history of terrorism.

The newspaper, The Herald, is located in Rock Hill, S.C., about 15 miles east of York, where an armed Islamic group has an encampment. Over the past few years, The Herald has published a number of glowing articles about this Islamic organization, which has a history of criminal acts, kidnappings, firebombings and murder – all in the United States.

First, a little about this American-based Islamic group. 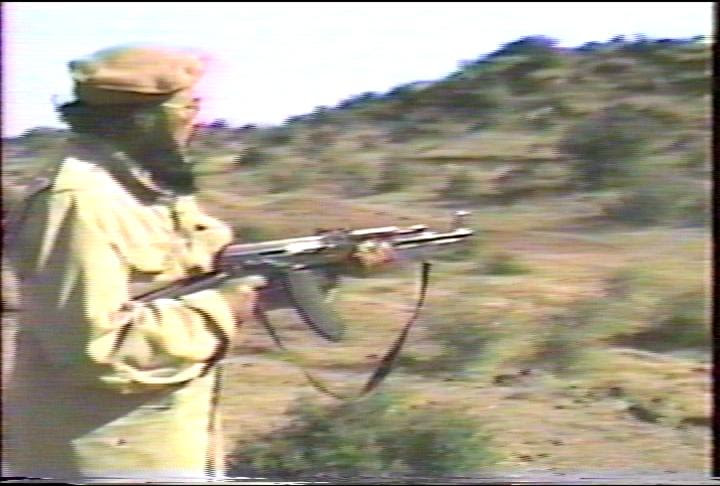 The spiritual leader of Muslims of America is Sheikh Mubarik Gilani, shown here shooting a rifle in a Soldiers of Allah recruiting video.

It is best known as “Muslims of the Americas” (MOA), though it has also operated under such names as “Jamaat ul-Fuqra” and “Muhammad Commandos of Sector 5.”  None of that really matters.  What does matter is that the FBI considers this group to be an Islamic terrorist organization.

Here is how the FBI described MOA in a 2007 report:

Now that’s a lot of bombings INSIDE the United States.  But the FBI has more to say about MOA.

“ … The leadership of the MOA extols membership to pursue a policy of jihad or holy war against individuals or groups it considers enemies of Islam which includes the U.S. Government.”

So the MOA is after you and me, the United States government and anyone who disagrees with them.

MOA has nearly three-dozen Islamic camps inside the United States, in New York, Georgia, Virginia, Texas, North Carolina and Michigan, to name a few. The MOA encampment nearest to The Herald newspaper is called Holy Islamville.  Sounds nice, doesn’t it?

Holy Islamville has existed in York, S.C. since 1983. It encompasses 36 acres of land and has about 150 members. Gunfire can be regularly heard inside the community, which makes neighbors extremely nervous.

And why wouldn’t they be nervous, when the FBI has also said this about MOA members:

“Members of the MOA are encouraged to travel to Pakistan to receive religious and military/terrorist training from Sheikh Gilani.” 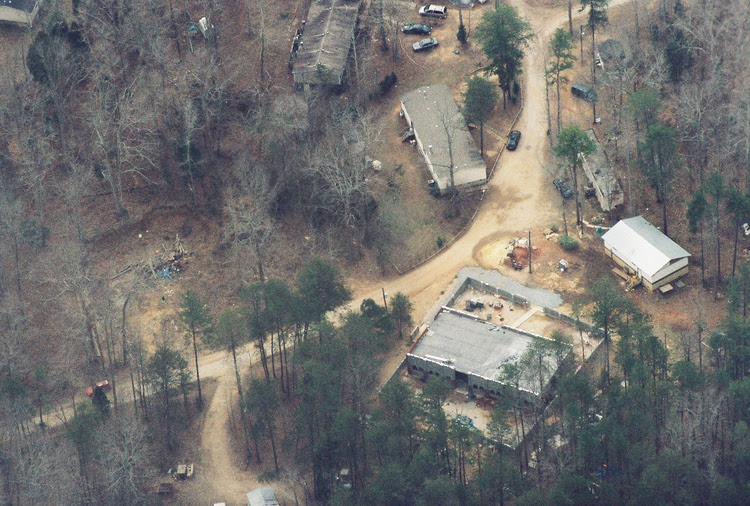 The Holy Islamville compound is located near York, S.C.

Neighbors are worried, no question. I have spoken with them on several occasions. Anyone who has any doubts can go speak to them as well: The camp is located right on Islamville Way in York.  (Hey MOA – this is no secret, so don’t pretend I’m giving anything away.)

So the big question is: If neighbors are worried and – more important – if the FBI is worried, then why isn’t The Herald newspaper worried?

Instead, The Herald treats members of the group as if they are nothing more than the Muslim equivalent of a Quaker commune – nonviolent, self-sufficient and understandably reclusive.

The newspaper’s morally superior, one-sided and shoddy journalism can be found here, here, and here. None of them ask any tough, investigative-journalistic questions.

The Herald says about MOA members, “They are as American as any of us.”

Really? Here is what the FBI says about those same MOA members:

“The MOA is now an autonomous organization which possesses an infrastructure capable of planning and mounting terrorist campaigns overseas and within the U.S.”

Does that sound American to you?

One thing is for sure: MOA wants you to believe they are your friends.

A videotape obtained by our organization called Soldiers of Allah was produced by MOA, and offers instruction to its members on how to fight, kidnap, murder and detonate bombs.

In that tape, the spiritual leader of MOA tells his followers:

“You are most welcome to join one of the most advanced training courses in Islamic military warfare – special training if you wish. You can get in touch with the commanders.”

That spiritual leader’s name is Sheikh Mubarik Gilani and he lives in Lahore, Pakistan.  Sheikh Gilani even claims that the property in York, Holy Islamville, is a place where his “Soldiers of Allah” can go to receive guerrilla warfare training.

“We are establishing training camps,” Sheikh Gilani says on the tape.  “And you can reach us in upstate New York, or in Canada, or in Michigan, or in South Carolina.”

He’s very clear about the mission of his MOA camps, like the one in York.

“As you know,” he says, “we have already established an organization under the auspices of Muslims of the Americas Incorporated.  Our organization is called, ‘Soldiers of Allah.’”

While his members are going through weapons training in the video, an instructor tells his new trainees:

So that’s what they want: to be your friend.  The Herald of Rock Hill is doing all they can to help.