Putin has also accused Erdogan of being an “accomplice of terrorists.” Hard to deny that.

Turkey’s rapid re-Islamization under Erdogan has been documented by Robert Spencer here at Jihad Watch for a decade or more now. For Putin to target Turkey’s Islamist shift demonstrates yet again the Russian leader’s clarity and toughness, as juxtaposed with the West’s politically correct myopia and ineptitude.

Think back to June 2013, when Putin blasted Obama and Cameron for supporting so-called “moderates” in Syria, who were shown on video eating the organs of their slain enemies. Or his equally strong rejection of Western military intervention in Syria. Or his call to the West to unite in defending persecuted Christians in the Middle East and Africa. And of course his recent UN address, when he castigated the Western leaders responsible for the rise of ISIS and the refugee crisis, shaming them with the question, “Do you realize what you have done?”

For those who might be concerned, based on his remarks below that Islam is “a great world religion,” that Putin is becoming soft on the jihad threat, recall that Putin does not hesitate to employ decisive use of power when required to shut down the Islamic threat. A prime example is the rounding up of 300 Muslim jihadists at a prayer meeting in 2013. Can you imagine anything like that happening in America? Certainly not under the current administration.

Turkey’s downing of a Russian fighter jet — which at least one analyst believes was premeditated  — locks it squarely in Russia’s cross-hairs, and its rapid re-Islamization only makes the bulls-eye even larger. 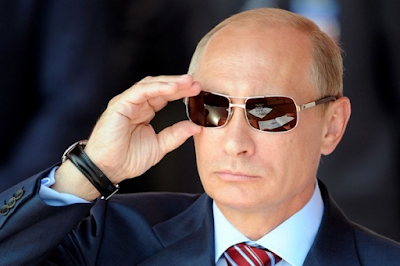 Russian President Vladimir Putin has said that the current leadership of Turkey purposefully supports the country’s Islamization. “The problem is not in the tragedy we faced yesterday (the Su-24 incident), the problem is much deeper,” the Russian leader told reporters. “We see — and not only we, I assure you that the entire world sees that — that the current leadership of Turkey has been for a number of years pursuing a purposeful policy of support and the Islamization of the country.”

Putin noted that Islam was a great world religion, which was one of the traditional religions, including in Russia. “We ourselves support Islam and will continue doing so, but the point at issue is the support of a more radical branch. And that in itself creates a very unfavorable environment, the atmosphere that one cannot see at first sight,” Putin said.

“After yesterday’s event, we cannot rule out other incidents and if they happen, we will have to respond somehow. Our citizens in Turkey can, certainly, be in serious danger,” Putin said, adding that he supported Foreign Ministry recommendations urging Russians not to visit Turkey.

“After such tragic events as the downing of our plane and the pilot’s death, this is a forced measure and the Foreign Ministry is right to warn our nationals of the dangers,” Putin said.

Putin’s words follow the downing of a Russian Su-24 bomber by a Turkish F-16 fighter jet on Tuesday morning. Ankara claims the Russian warplane had violated Turkey’s air space while the Russian Defence Ministry says the Su-24 was flying above Syria.

Both pilots ejected but one was killed by gunfire from the ground. The other was rescued by Russian and Syrian forces and brought to Russia’s air base in the area.

Russia’s Federal Tourism Agency has asked the country’s tour operators to suspend selling holiday packages to Turkey. Some 10,000 Russian vacationers are currently there.