Why the wrong answer is killing the West, including America 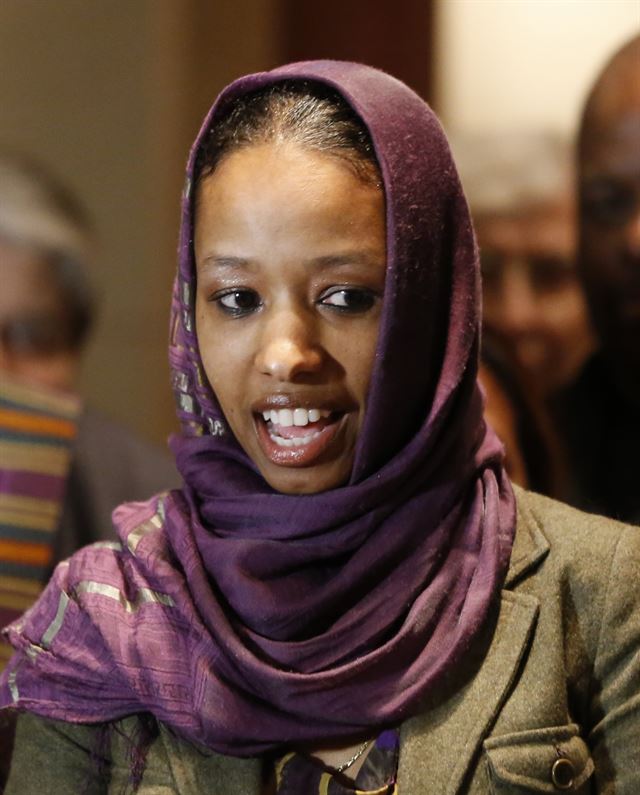 In his 2010 book, Revelation: Do We Worship the Same God? [1], Mark Durie addresses what is at stake when it comes to the “Same God Question”:

The traditional Islamic view is that if you want to know what the God of the Bible is like, then read the Koran. Not only must Muslims believe that ‘we worship the same God’, but this message is always a central component of the presentation of Islam to Christians and Jews.

[This ‘Same God’ message] provides the lynchpin of Muslims’ efforts to convert the ‘People of the Book’ to the faith of Muhammad. In addition, this belief, once accepted, can lead Christians to support Islamic perspectives in ways other than conversion. For example, embracing this Islamic doctrine wins a measure of respect and even support for Islam from Christians.

Durie’s clarity on the importance of answering properly the “Same God Question” makes our study of this question essential. In fact, I would argue that the “Same God Question” is equally important for atheists and agnostics to ponder. Some are understanding this, in spite of their predisposition against Christianity. For example, the high-profile atheist Richard Dawkins recently expressed his concern over the decline of Christianity, stating “Christianity might be a bulwark against something worse.” His analysis will almost certainly cost him some allies on the Left. Consider these observations:

In a rare moment of candor, Dawkins reluctantly accepted that the teachings of Jesus Christ do not lead to a world of terror, whereas followers of radical Islam perpetrate the very atrocities that he laments.

Because of this realization, Dawkins wondered aloud whether Christianity might indeed offer an antidote to protect western civilization against jihad.

The flip side to Dawkins’ point is that Western Civilization might indeed be warranted in protecting Christian culture against Islam and jihad.

This is such an obvious set of considerations and conclusions — all of which stem from a correct answer to the Same God Question — that it is astonishing to be confronted with the writings of those who have never considered this issue, or who have answered The Question incorrectly.

Perhaps nowhere do we find a better expression of  the general lack of awareness — and even admission of lack of interest — concerning this pivotal question than in Rod Dreher’s December 17, 2015 post, “Muslim God, Christian God”. I am thankful for his honesty in this article, even if I am deeply disturbed by it.

Dreher’s grappling with The Question was prompted by Wheaton College’s suspension of a professor over this very issue. Dreher cites Wheaton’s statement (emphasis added):

[Her] recently expressed views, including that Muslims and Christians worship the same God, appear to be in conflict with the College’s Statement of Faith.

And so, we launch into the theological deep-end, with the “Same God Question” finally being brought out into the public square. You can read the whole thing, which for all its obvious sincerity is hopelessly muddled, but I think that’s part of Dreher’s point.

I commend Dreher for his public honesty, especially this section (emphasis added):

To be honest, I’ve never thought at all about whether Muslims pray to the same God as Christians. The Catholic Church teaches that they do, and that was my belief when I was a Catholic, though I never gave it a minute’s thought. I don’t know what I believe now, to be honest. We know that Muslims do not pray to the Holy Trinity — but this is also true of Jews.

Don’t Christians (most Christians) believe that Jews pray to the one true God, even if they have an imperfect understanding of His nature? If this is true for Jews, why not also for Muslims, who clearly adhere to an Abrahamic religion? This is why my tendency is to assume that Muslims do pray to the one true God, even though they have a radically impaired view of Him.

But how far do we go with that?

The early Christian Church fathers would (and did) have plenty to say about this, including a vigorous denial — based on the Hebrew and New Testament Scriptures — of the statement that Islam is an “Abrahamic religion.”

I’m not sure what I think. I mean, I assume, in charity, that people who intend their prayers to be to the God of Abraham, Isaac, and Jacob are praying to the true God, whatever they lack in theological understanding. But again, I’ve not given this much thought.

Again, I appreciate Rod Dreher’s honesty, and I think a great many people are in the same boat as he. They don’t know what they think, and have never given it much thought.

Dreher confesses one or the other epistemological malady five times.

In our age of genocide against Christians by Muslims in Africa and the Middle East, the global war on Christians by Islam, the collapse of Christianity in Europe, and the global rise of Islam and stealth jihad everywhere, for sincere Christians to not have ever thought about the “Same God” issue, and to not be sure what they think about it, is deeply, deeply troubling.

Yet as we see from the constant stream of statements from Christian bishops, leaders and writers urging “greater solidarity with Islam<“, embracing Muhammad as “a prophet” who “brought love, peace, and much more” to the world, and similar affirmations, the avoidance of The Question is an epistemological malady not merely of the average Christian in the pew, but of church educated, elite and shepherds as well. Political leaders look to such positions as grounding their policies towards Muslims and the religion of Islam in general. And the public policies justified by such Islam-embracing pronouncements provide an open door for Islam to advance its influence and control throughout the West. Indeed, this has been going on for decades now.

This must be addressed, and reversed, if Western leaders are to stand a chance of articulating a coherent policy to protect and preserve our civilization, and see it through the new century.

Dreher asks on his blog, “How about you?”  Therefore, I decided to put some effort into this, especially as my own 2010 book deals with the “Same God” question at some length.

The answer to this question has, I believe, not only temporal but eternal implications, which is why I opened Chapter 1 of my book, Facing Islam — On Religious Dialogue — with this quote:

“Can any one of us be silent if he sees that many of his brethren simultaneously are walking along a path that leads them and their flock to a disastrous precipice through their unwitting loss of Orthodoxy?”  — Metropolitan Philaret of the Russian Orthodox Church Abroad, 1969

Of course, in the context of this article I am speaking of Christian “orthodoxy” with a lower-case “o”. So, from a theological position, I will be appealing to traditional Christian foundations common to Orthodox, Roman Catholics, Protestants, Coptic Orthodox (and shared by Oriental Christians), and Islam’s position vis a vis Christianity.

Next up, Part 2: Allah’s Theological Jihad against Christianity

[1] Alas, Revelation is out of print (with used copies fetching prices of $160 and up on Amazon!), but Dr. Durie has updated his presentation on this issue in a new book, Which God?: Jesus, Holy Spirit, God in Christianity and Islam, in which I was unable to find the quote I selected for my opening citation.

Ralph Sidway is an Orthodox Christian researcher and writer, and author of Facing Islam: What the Ancient Church has to say about the Religion of Muhammad. He operates the Facing Islam blog.

Do Muslims and Christians Worship the Same God? by Francis J. Beckwith