“I think it is only because capitalism has proved so enormously more efficient than alternative methods that is has survived at all,” Milton Friedman told economist Randall E. Parker for Parker’s 2002 book, Reflections on the Great Depression.

But I think innovation, not efficiency, is capitalism’s greatest strength. I’m not saying that the free market can’t be both efficient and innovative, but it does offer people a strong incentive to abandon the pursuit of efficiency in favor of innovation.

In its simplest form, economic efficiency is about given ends and given means. Economic efficiency requires that you know what end, among all possible ends, is the most worthwhile for you to pursue and what means to use, among all available means, to attain that end. You’re being efficient when you’re getting the highest possible benefit from an activity at the lowest possible cost. That’s a pretty heavy requirement.

Being inefficient, then, implies that for a given end, the benefit you get from that end is less than the cost of the means you use to achieve it. Or, as my great professor, Israel Kirzner, puts it, If you want to go uptown, don’t take the downtown train.

Innovation means doing something significantly novel. It could be doing an existing process in a brand new way, such as being the first to use a GPS tracking system in your fleet of taxis. Or, innovation could mean doing something that no one has ever done before, such as using smartphone technology to match car owners with spare time to carless people who need to get somewhere in a hurry, à la Uber.

Sometimes we mistakenly say someone is efficient when she discovers a new way to get from home to work. But that’s not efficiency; that’s innovation. And a person who copies her in order to reduce his commute time is not an innovator — but he is being efficient. The difference hinges on whether you’re creating new knowledge.

Starting a business that hasn’t been tried before involves a lot of trial and error. Most of the time the trials, no matter how well thought out, turn out to contain errors. The errors may lie in the means you use or in the particular end you’re pursuing.

In most cases, it takes quite a few trials and many, many errors before you hit on an outcome that has a high enough value and low enough costs to make the enterprise profitable.) Is that process of trial and error, of experimentation, an example of economic efficiency? It is not.

If you begin with an accurate idea both of the value of an end and of all the possible ways of achieving that end, then you don’t need to experiment. Spending resources on trial and error would be wasteful. It’s then a matter of execution, which isn’t easy, but the real heavy lifting in the market process, both from the suppliers’ and the consumers’ sides, is done by trying out new things — and often failing.

Experimentation is messy and apparently wasteful, whether in science or in business. You do it precisely because you’re not sure how to answer a particular question, or because you’re not even sure what the right question is. There are so many failures. But in a world where our knowledge is imperfect, which is the world we actually live in, most of what we have to do in everyday life is to innovate — to discover things we didn’t know we didn’t know — rather than trying to be efficient. Being willing to suffer failure is the only way to make discoveries and to introduce innovations into the world.

Strictly speaking, then, if you want to innovate, being messy is unavoidable, and messiness is not efficient. Yet, if you want to increase efficiency, you can’t be messy. Innovation and efficiency usually trade off for each other because if you’re focused on doing the same thing better and better, you’re taking time and energy away from trying to do something new.

Some have tried to describe this process of innovation as “dynamic efficiency.” It may be quibbling over words, but I think trying to salvage the concept of efficiency in this way confuses more than it clarifies. To combine efficiency and innovation is to misunderstand the essential meanings of those words.

What would it mean to innovate efficiently? I suppose it would mean something like “innovating at least cost.” But how is it possible to know, before you’ve actually created a successful innovation, whether you’ve done it at least cost? You might look back and say, “Gee, I wouldn’t have run experiments A, B, and C if only I’d known that D would give me the answer!” But the only way to know that D is the right answer is to first discover, through experimentation and failure, that A, B, and C are the wrong answers.

Both efficiency and innovation best take place in a free market. But the greatest rewards to buyers and sellers come not from efficiency, but from innovation. 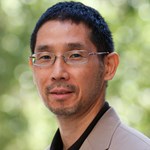 Sandy Ikeda is a professor of economics at Purchase College, SUNY, and the author of The Dynamics of the Mixed Economy: Toward a Theory of Interventionism. He is a member of the FEE Faculty Network.