December 15, 2016, will mark the 50th anniversary of Walt Disney’s passing. Half a century later, I vividly recall the intense sadness I felt when I learned, at age 13, that he had died. It was as though I had lost a close member of the family. I doubt that I ever missed a single episode of his television show. I can still hear his avuncular voice in my head as if he had spoken to me just yesterday. I can’t think of a single movie he made that I haven’t seen and enjoyed immensely, multiple times.

What a phenomenal man Walt Disney was! A cartoonist and animator, businessman, filmmaker, theme park pioneer, and cultural icon, he may have manufactured more happiness in the world than any other man or woman of the 20th century. He was an American original and an American patriot, too. He deeply appreciated that liberty in America allowed him to invent, experiment, and ultimately succeed, as evidenced in this remark three years before his death: “To retreat from any of the principles handed down by our forefathers, who shed their blood for the ideals we still embrace, would be a complete victory for those who would destroy liberty and justice for the individual.”

The characters Disney and his colleagues created or popularized boast names that billions of people still know today: Mickey Mouse, Jiminy Cricket, Donald Duck, Goofy, Pinocchio, Snow White and the Seven Dwarfs, the Three Little Pigs, Peter Pan, Bambi, and Cinderella, to name only a few. His films include so many that are unforgettable — it’s no wonder he remains the record-holder (a total of 59) for both Oscar nominations and actual wins. Hundreds of millions of people have been enthralled by the movies that featured those characters, as well as by other Disney flicks like Old Yeller, The Absent-Minded Professor, Mary Poppins, Sleeping Beauty, and One Hundred and One Dalmatians. His company’s representative song, “When You Wish upon a Star,” evokes smiles from all ages in 2016, just as it did when Disney unveiled it way back in 1940.

Some people think that entrepreneurs build, innovate, and take risks just for the money they might make. To the imaginative Walt Disney, money was never the prime motivator. Not even close — though what could be wrong about that if it had been? Money paid the bills, but he hired his brother Roy to worry about it. Walt was driven by the sheer joy of creativity and the fulfillment that comes from bringing happiness to others. “It’s kind of fun to do the impossible,” he once said. These words from his dedication speech at the July 1955 opening of Disneyland in Anaheim, California, encapsulate his amazing spirit:

To all who come to this happy place, Welcome! Disneyland is your land. Here, age relives fond memories of the past … and here youth may savor the challenge and promise of the future. Disneyland is dedicated to the ideals, the dreams, and the hard facts that have created America … with the hope that it will be a source of joy and inspiration to all the world.

No one could do justice to the life of Walt Disney in a short article, so I won’t even attempt to. Allow me to zero in on one particular aspect that underscores why he’s a hero: he knew failure and how to learn and prosper from it. As he put it himself, “All the adversity I’ve had in my life, all my troubles and obstacles, have strengthened me.… You may not realize it when it happens, but a kick in the teeth may be the best thing in the world for you.”

In “The Importance of Failure” (Freeman, November 2011), economists Steven Horwitz and Jack Knych explained that permitting failure is just as important as allowing success:

For example, in 1921 Walt Disney started a company called the Laugh-O-Gram Corporation, which went bankrupt two years later. If a friend of Disney or the government hadn’t let him fail and move on, he might never have become the Walt Disney we know today.

More important than this individual learning process is the irreplaceable role failure plays in the social learning process of the competitive market. When we refuse to allow failure to happen, or we cushion its blow, we ultimately harm not only the person who failed but also all of society by denying ourselves a key way to learn how best to allocate resources. Without failure there’s no economic growth or improved human well-being.…

To the imaginative Walt Disney, money was never the prime motivator.

Failure drives change. While success is the engine that accelerates us toward our goals, it is failure that steers us toward the most valuable goals possible. Once failure is recognized as being just as important as success in the market process, it should be clear that the goal of a society should be to create an environment that not only allows people to succeed freely but to fail freely as well.

Disney heard a lot about failure at the family dinner table before he ever failed himself. His father, Elias, tried twice to be a successful orange grower in Florida but couldn’t make it work. He flopped as a professional fiddle player in Colorado. He didn’t do much better farming in Missouri. Elias tried a lot of things to keep his family fed. That he never quit trying left a deep impression on young Walt.

Before he was 20, Walt Disney had to make several adjustments in his career. He drove an ambulance in France for a time, but when he returned to the United States, he couldn’t find a similar job. He decided to be an actor, then changed his mind in favor of drawing comic strips for newspapers. No luck there, either. Roy found him a job at a bank, but Walt didn’t find the work satisfying. From there, in 1921, he started his first company, the soon-to-go-bankrupt Laugh-O-Gram Corporation. Unable to pay his rent, he even ate dog food until he could get back on his feet.

In 1926, Walt’s prospects suddenly brightened with an animated series centered around a character he created, Oswald the Lucky Rabbit, but his luck ran out two years later when he lost the rights to Oswald to Universal Studios.

Stephen Schochet, author of Hollywood Stories: Short, Entertaining Anecdotes about the Stars and Legends of the Movies, notes some of Disney’s later misfortunes, big and small:

When Walt tried to get MGM studios to distribute Mickey Mouse in 1927 he was told that the idea would never work — a giant mouse on the screen would terrify women.

The Three Little Pigs was rejected by distributors in 1933 because it only had four characters; it was felt at that time that cartoons should have as many figures on the screen as possible. It later became very successful and played at one theater so long that the poster outside featured the pigs with long white beards.

Snow White and the Seven Dwarfs was sneak previewed to college students in 1937 who left halfway during the film causing Disney great despair. It turned out the students had to leave early because of dorm curfew.…

For the premiere of Pinocchio Walt hired 11 midgets, dressed them up like the little puppet and put them on top of Radio City Music Hall in New York with a full day’s supply of food and wine. The idea was they would wave hello to the little children entering into the theater. By the middle of the hot afternoon, there were 11 drunken naked midgets running around the top of the marquee, screaming obscenities at the crowd below. The most embarrassed people were the police who had to climb up ladders and take the little fellows off in pillowcases.

Even after Disney scored international fame for his film making, not all of his films made money. Pinocchio, Fantasia, and Pollyanna, for example, were all box office flops at first. Undaunted, Disney faced each disappointment by planning his next adventure.

“A person should set his goals as early as he can and devote all his energy and talent to getting there,” he said. “With enough effort, he may achieve it. Or he may find something that is even more rewarding. But in the end, no matter what the outcome, he will know he has been alive.”

While making movies, he found time for another challenge. It was literally in his own backyard, where he designed and built a miniature, half-mile-long steam railroad. The locomotive was big enough for him to personally ride on it. The project had its own trestle, overpasses, and even a 90-foot tunnel beneath his wife Lillian’s flowerbed. It inspired the railroad he later built around the perimeter of Disneyland.

Unable to pay his rent, Disney even ate dog food until he could get back on his feet.

Perhaps because he had learned from so many previous failures and disappointments, Disney burned the midnight oil to make his Anaheim theme park dream succeed. It was a financial success from the day it opened. Today, the Walt Disney Company is easily the world’s largest operator of theme parks in terms of guest attendance per year and is a $50 billion firm employing more than 175,000 people.

Walt Disney’s legacy is deeply embedded in our culture and for good reason: he knew how to entertain. He produced lasting and happy memories for people in nearly every nation. And he never, ever quit. His advice to young people is as commendable today as it was when he offered it more than half a century ago, in part because it’s also the way he lived his own life: “Do a good job. You don’t have to worry about the money; it will take care of itself. Just do your best work— then try to trump it.” 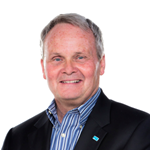 Lawrence W. (“Larry”) Reed became president of FEE in 2008 after serving as chairman of its board of trustees in the 1990s and both writing and speaking for FEE since the late 1970s. Follow on Twitter and Like on Facebook.

AUTHORS NOTE: This is the final essay in my formal, weekly Real Heroes series, which began in April 2015. I wish to thank the many readers who sent me encouraging notes after reading one or more of my articles that made an impact in some way. It’s a theme I’ll likely return to in this Friday spot with some frequency, though I now welcome the time to write about some other things as well. In the coming weeks, FEE and a publisher will be announcing the details of a mass-market paperback, due for release in bookstores in September, which will present approximately 40 of my Real Heroes essays.