On Sunday night, Brazil’s Chamber of Deputies voted overwhelmingly (367-137) to open impeachment proceedings against President Dilma Rousseff. The Senate will now vote on whether to take the case and try her, which is all but guaranteed. As a matter of fact, barring some unforeseen event, Dilma’s days as president are numbered.

These are Brazil’s most turbulent months since the return to democracy in 1985. Not only is the president about to be removed from office, but the country is also mired in its worst economic recession since the 1930s. It is not coincidence that Dilma’s popularity (10%) stands at a similar level to Brazil’s fiscal deficit (10.75%), the unemployment rate (9.5%), and the inflation rate (9.4%). The economic and political crises are feeding off of one another.

Here are some facts and myths regarding this impeachment process:

For some in the Latin American left, anything that cuts short a president’s tenure in office —even if it’s an impeachment process stipulated in the Constitution— is a coup. The same narrative was applied when left-wing President Fernando Lugo was impeached by Paraguay’s Congress in 2012.

The impeachment process and the crimes for which a president can be impeached in Brazil are clearly outlined in articles 85 and 86 of the Constitution. Moreover, the entire process has been overseen by the Supreme Court, which has thus far found no fault in how things have been conducted. It’s important to add that 8 of the 11 justices in the Supreme Court were appointed by Dilma and her Workers’ Party predecessor, Lula da Silva.

Tellingly, when the Guatemalan Congress voted last year to strip right-wing President Otto Pérez Molina of his immunity, so he could be prosecuted for corruption charges, no one claimed it was a coup.

2. “Dilma hasn’t been accused of any wrongdoing”

It is true that Dilma hasn’t been accused of personally being involved in the Petrobras bribing scheme that inflicted loses of $17 billion on the state-owned oil company. Even though she was the chairwoman of the oil giant when most of the corrupt deals took place, her defense is that she was unaware that this was going on; at any rate, not a very good show of competence.

However, President Rousseff is not being impeached over the Petrobras corruption scandal, but over her government’s illegal handling of budgetary accounts. In this regard, it was an independent court — the Federal Accounts Court — that ruled that the Rousseff administration had broken the law. According to article 85 of Brazil’s Constitution, this is a crime for which a president can be impeached.

3. “Most of the members of Congress are implicated in corruption scandals”

This is actually true. According to an NGO called Transparência Brasil, 60% of members of Congress have been convicted or are under investigation for various crimes, including corruption and electoral fraud. The speaker of the Chamber of Deputies, Eduardo Cunha, has been charged with taking millions of dollars in bribes under the Petrobras scheme.

It is true that Brazilians aren’t simply dealing with a corrupt ruling party, but a crooked political class. Impeachment won’t fix this, but it will certainly set a powerful precedent. However, if the ultimate aim of Brazilians is to clean up the political system, they must be more rigorous in how they elect their political leaders in the future.

Other reforms are badly needed, such as overhauling the rules that grant immunity to members of Congress when they face criminal charges. Brazilians who have taken to the streets demanding the ouster of Dilma should now set their sights on political reform and those who oppose it.

4. “There is a political vendetta against the Worker’s Party from the Judiciary and the right-wing media”

It is true that Brazil’s judicial institutions, including the federal police, the attorney general’s office, and leading judges have been very active uncovering, prosecuting and convicting politicians involved in corruption scandals. But those implicated thus far have belonged to different political parties, including those of the opposition. As mentioned above, the speaker of the Chamber of Deputies leading the impeachment process against Dilma has been charged with corruption.

The media has also played a critical role in exposing the Petrobras scheme. This is good. Unlike other South American countries where the press has been stifled by their governments, in Brazil there is a vibrant and free press that hold politicians accountable, and not only those that belong to the incumbent party. As a matter of fact, big news outlets considered “anti-Workers’ Party” have exposed the shenanigans of Speaker Eduardo Cunha and pointed out the fact that numerous Congressmen impeaching Dilma are also facing their own corruption charges. This doesn’t look like a cover-up.

The impeachment process is without a doubt a distressing affair for Brazil’s young democracy. But the country will emerge stronger if the right lessons are learned. 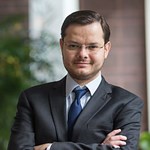 Juan Carlos Hidalgo is a policy analyst on Latin America at the Center for Global Liberty and Prosperity.