How many jobs would the Keystone Pipeline project create? Political reporter Tom Murse points out that the answer is a matter of dispute. “Supporters argue that the Keystone XL pipeline would create tens of thousands, if not hundreds of thousands, of new jobs.” But critics “claim those numbers are wildly inflated,” Murse writes.

Both sides assume a higher number would make the project better for the economy. Both sides have it backwards.

The value of work is easy to grasp at the most domestic level: your own home.

Being a homeowner isn’t easy. Among other things, you always seem to have more chores to do than time to do them. The chores are not ends in themselves. Rather, they are means to an end — in this case, making a home and yard more livable or aesthetically pleasing.

Opting to do a chore yourself — “insourcing” in current parlance — isn’t costless. You lose the opportunity to enjoy the fruits of your other labors. For example, you could tackle different chores, spend more time with your family, or work extra hours in the marketplace, increasing your income. Hiring someone else to do the chore — that is, “outsourcing” — isn’t costless, either. It means you can’t buy other things. Costs represent sacrificed alternatives.

The rule when it comes to home ownership isn’t rocket science. Tackle those chores whose ends you value more than their cost. If your water softener breaks, and you value having softened water more than what it would cost either you or the plumber to repair it, then hire the plumber if his cost is less than what it costs you to fix it yourself. (Don’t forget to count the work time you’ll be giving up to act as your own plumber.)

By outsourcing the repair work, you will have “lost a job,” but your standard of living will be higher. By how much? The difference between your cost and the plumber’s cost.

Added household chores — that is, “gaining jobs” — are anything but a blessing. Chores represent hurdles between you and that more livable, aesthetically pleasing home and yard. Each job represents something you’re going to have to give up before your house is the way you want it. “Gaining jobs” to achieve a given objective is synonymous with worsening your situation, not improving it.

The Rule Writ Large — The Case of the Keystone Pipeline

What is rocket science for many is the ability to recognize that the rule for individual households extends to the national household, as we can see in the case of the Keystone Pipeline controversy. The project, which has been a political football for several years, would transfer oil from Canada to the Texas Gulf Coast. The project’s desirability is associated with the number of jobs required for the pipeline’s construction and maintenance. The more jobs created, the more desirable the pipeline, it would seem.

This failure to apply the simple rules for individual households is not restricted to the Keystone Pipeline issue. It pervades economic, business, and political discussions. Government programs come packaged with estimates of the number of new jobs the programs will supposedly create. The more jobs, the merrier. That’s the political refrain. Likewise, state and local economic development bureaucrats tout the number of jobs associated with business relocations or expansions.

One has to wonder whether those who peddle this more-jobs nonsense apply it to their own households. I bet not. Fewer chores, not more, make their homes more enjoyable. National households are no different. Or as Adam Smith put it in his classic, The Wealth of Nations, that which “is prudence in the conduct of every private family, can scarce be folly in that of a great kingdom.” 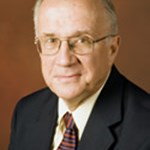 T. Norman Van Cott, professor of economics, received his Ph.D. from the University of Washington in 1969. Before joining Ball State in 1977, he taught at University of New Mexico (1968-1972) and West Georgia College (1972-1977). He was the department chairperson from 1985 to 1999. His fields of interest include microeconomic theory, public finance, and international economics. Van Cott’s current research is the economics of constitutions.