Critics frequently accuse markets and capitalism of making life worse for the poor. This refrain is certainly common in the halls of left-leaning academia as well as in broader intellectual circles. But like so many other criticisms of capitalism, this one ignores the very real, and very available, facts of history.

Nothing has done more to lift humanity out of poverty than the market economy. This claim is true whether we are looking at a time span of decades or of centuries. The number of people worldwide living on less than about two dollars per day today is less than half of what it was in 1990. The biggest gains in the fight against poverty have occurred in countries that have opened up their markets, such as China and India.

If we look over the longer historical period, we can see that the trends today are just the continuation of capitalism’s victories in beating back poverty. For most of human history, we lived in a world of a few haves and lots of have-nots. That slowly began to change with the advent of capitalism and the Industrial Revolution. As economic growth took off and spread throughout the population, it created our own world in the West in which there are a whole bunch of haves and a few have-more-and-betters.

For example, the percentage of American households below the poverty line who have basic appliances has grown steadily over the last few decades, with poor families in 2005 being more likely to own things like a clothes dryer, dishwasher, refrigerator, or air conditioner than the average household was in 1971. And consumer items that didn’t even exist back then, such as cell phones, were owned by half of poor households in 2005 and are owned by a substantial majority of them today.

Capitalism has also made poor people’s lives far better by reducing infant and child mortality rates, not to mention maternal death rates during childbirth, and by extending life expectancies by decades.

Consider, too, the way capitalism’s engine of growth has enabled the planet to sustain almost 7 billion people, compared to 1 billion in 1800. As Deirdre McCloskey has noted, if you multiply the gains in consumption to the average human by the gain in life expectancy worldwide by 7 (for 7 billion as compared to 1 billion people), humanity as a whole is better off by a factor of around 120. That’s not 120 percent better off, but 120 times better off since 1800.

The competitive market process has also made education, art, and culture available to more and more people. Even the poorest of Americans, not to mention many of the global poor, have access through the Internet and TV to concerts, books, and works of art that were exclusively the province of the wealthy for centuries.

And in the wealthiest countries, the dynamics of capitalism have begun to change the very nature of work. Where once humans toiled for 14 hours per day at backbreaking outdoor labor, now an increasing number of us work inside in climate-controlled comfort. Our workday and workweek have shrunk thanks to the much higher value of labor that comes from working with productive capital. We spend a much smaller percentage of our lives working for pay, whether we’re rich or poor. And even with economic change, the incomes of the poor are much less variable, as they are not linked to the unpredictable changes in weather that are part and parcel of a predominantly agricultural economy long since disappeared.

Think of it this way: the fabulously wealthy kings of old had servants attending to their every need, but an impacted tooth would likely kill them. The poor in largely capitalist countries have access to a quality of medical care and a variety and quality of food that the ancient kings could only dream of.

Consider, too, that the working poor of London 100 years ago were, at best, able to split a pound of meat per week among all of their children, which were greater in number than the two or three of today. In addition, the whole family ate meat once a week on Sunday, the one day the man of the household was home for dinner. That was meat for a week.

Compare that to today, when we worry that poor Americans are too easily able to afford a meal with a quarter pound of meat in it every single day for less than an hour’s labor. Even if you think that capitalism has made poor people overweight, that’s a major accomplishment compared to the precapitalist norm of constant malnutrition and the struggle even 100 years ago for the working poor to get enough calories.

The reality is that the rich have always lived well historically, as for centuries they could commandeer human labor to attend to their every need. In a precapitalist world, the poor had no hope of upward mobility or of relief from the endless physical drudgery that barely kept them alive.

Today, the poor in capitalist countries live like kings, thanks mostly to the freeing of labor and the ability to accumulate capital that makes that labor more productive and enriches even the poorest. The falling cost of what were once luxuries and are now necessities, driven by the competitive market and its profit and loss signals, has brought labor-saving machines to the masses. When profit-seeking and innovation became acceptable behavior for the bourgeoisie, the horn of plenty brought forth its bounty, and even the poorest shared in that wealth.

Once people no longer needed permission to innovate, and once the value of new inventions was judged by the improvements they made to the lives of the masses in the form of profit and loss, the poor began to live lives of comfort and dignity.

These changes are not, as some would say, about technology. After all, the Soviets had great scientists but could not channel that knowledge into material comfort for their poor. And it’s not about natural resources, which is obvious today as resource-poor Hong Kong is among the richest countries in the world thanks to capitalism, while Venezuelan socialism has destroyed that resource-rich country.

Inventions only become innovations when the right institutions exist to make them improve the lives of the masses. That is what capitalism did and continues to do every single day. And that’s why capitalism has been so good for the poor.

Consider, finally, what happened when the Soviets decided to show the film version of The Grapes of Wrath as anticapitalist propaganda. In the novel and film, a poor American family is driven from their Depression-era home by the Dust Bowl. They get in their old car and make a horrifying journey in search of a better life in California. The Soviets had to stop showing the film after a short period because the Russian audiences were astonished that poor Americans were able to own a car.

Even anticapitalist propaganda can’t help but provide evidence that contradicts its own argument. The historical truth is clear: nothing has done more for the poor than capitalism. 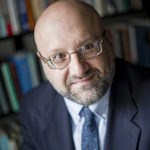