This week, Dissident Prof had the honor of being among such luminaries as the Wetumpka (Alabama) Tea Party and NorCal Tea Party Patriots, as well as tea parties in such places as Clark Valley, Clinton County, Dallas, Dayton, Dupage, and with the Conservative Roundtable of Texas, and Conservative Women for a Better Future, a total of 426 organizations designated by the IRS as having the wrong “viewpoint” for non-profit status. Our applications for 501(c)(3) status were “flagged” and held up.  We were subjected to extra scrutiny when the IRS did respond.  Dissident Prof is a plaintiff in the class action lawsuit against the IRS.

After being stonewalled for over a year, we at Dissident Prof were asked to jump to and justify our stance on, among other things, but primarily, Common Core.  I had to account for every penny spent since I started with my own funds while working as a college instructor.  The IRS did everything short of scouring the files in my office in the basement of my house where I spent hours and hours writing and setting up the organization.

In the meantime, liberal groups like Better Georgia were inundating my inbox with appeals to turn Georgia “blue.”

Turns out that the list released this week is much longer than the original 298 identified by the IRS inspector general in May 2013.  Lo and behold, Better Georgia is on the list! According to PJ Media, “Lawyer Edward D. Greim said the list may have added some liberal targets as it came to light the agency was being investigated for singling out suspected right-wing groups.”

So nice to add Better Georgia and a sprinkling of Occupy groups.  Doesn’t look as bad.

As a Dissident Prof who had taught college English for nearly 20 years and had been researching and writing about Common Core from almost the time since the “standards” were dangled to the states in competition for stimulus money, I testified about its detrimental effects.  I also wrote about the disadvantage posed to volunteers, citizens, and tea party groups as public employees and Chamber of Commerce-funded pro-Common Core groups were allowed to speak and offer workshops at publicly funded “parental engagement” conferences on the wonders of Common Core.

At a state board of education meeting, after spending three minutes testifying as a giant clock ticked down the seconds, I listened incredulously as one board of education member congratulated herself and colleagues for allowing me and parents and volunteers three minutes to present our case without being “thrown in jail.”  It was a display of the wonder of “democracy” she declared, after allowing a state employee to wax on for 20 minutes about the upcoming “parental engagement” conference where Dana Rickman, of the Chamber of Commerce funded nonprofit floundered about, bamboozling parents about the wonders of Common Core. 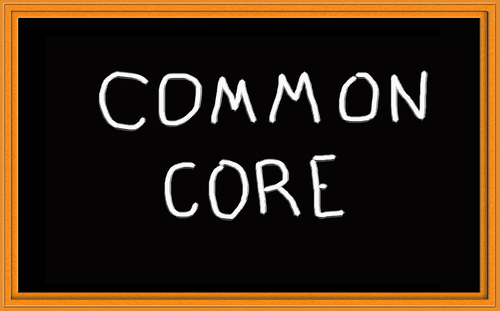 IRS concern? For the privilege of addressing the state school board in the state in which I lived about how I thought Common Core would not prepare students for freshman composition and for daring to express my opinion in writing, I was presented by the IRS, 18 months after my application had been submitted and my $850 application check cashed, with the first information request (to be completed in about 2 weeks pronto!). Item 5 from Carly Young in the notorious Cincinnati office demanded:

It appears that a substantial portion of your website is devoted to your opposition to Common Core, including discussions of its negative impact and legislation intended to withdraw states from Common Core.  You also provided a direct link to a website that engages in legislative and/or political activities.  (See attached pages from your website.)

This activity appears to influence legislation, however [sic] you checked no to Part VIII, line 2a on your Form 1023.  Provide the following information.

b. Submit representative copies of the materials you prepare or distribute in furtherance of these activities.

Hmm, okay, let’s see.  I took the train to the state capitol and board of education headquarters in downtown Atlanta ($5.00 round trip).  I did not have at my disposal the school buses that were parked around the Georgia state capitol during a hearing on an anti-Common Core bill and that had been ordered by a school superintendent.  Nor did I have job-fearing public school teachers testifying for my viewpoint.

As I described in several articles, I and parents, teachers, and tea party members were told we should be glad for the privilege of having our freedom after being allowed to address our representatives in increments of one to three minutes.  Of course, after the self-congratulations on the “democratic process” and after being ignored, all anti-Common Core legislation was defeated.

In contrast, pro-Common Core lawmakers gave due deference to principals of non-profit groups like the Chamber of Commerce-supported Georgia Partnership for Excellence in Education (GPEE).

As I described in another article, GPEE then sent Dana Rickman to bamboozle parents selected by school districts about Common Core. This was done in a public facility with public support, ultimately.

We did win 501(c)(3) status as I announced before–but not before undergoing costly delays and harassment.

To read more about the latest developments on the IRS case, go here

Here are some of my Dissident Prof posts about Common Core:

October 3, 2014 as well as professors of philosophy who specialize in “white privilege,” “teacher ambassadors” and the terrible outcomes of this administration’s policies, and on.