“20 ‘Vetted’ Refugees Who Turned to Terrorism After Being Allowed Into America,” by Chris Menahan, InformationLiberation, January 29, 2017:

While the lying media is perpetuating the lie refugees do not pose a terrorist threat, the facts show otherwise.

Senator and soon-to-be Attorney General Jeff Sessions compiled this list of refugees-turned-jihadists in 2016 while Obama was pushing to dramatically increase the amount of so-called “refugees” allowed into the United States.

– On May 25, 2016, in the U.S. District Court for the Northern District of Texas, Bilal Abood was sentenced to four years in prison for making a false statement to the FBI. Abood, an Iraqi translator for the U.S. military, was admitted to the United States through the Special Immigrant Visa program for Iraqi translators in 2009, and subsequently became a citizen. Abood enlisted in the Army and went through basic training at Fort Jackson in 2010, but left for unknown reasons. According to court documents, after being prevented from boarding an international flight, Abood told FBI agents that he intended to go to Iraq to visit family. Subsequently, Abood left the United States through Mexico and then traveled through various countries to get to Syria to join ISIS. A subsequent search of his computer revealed that he pledged an oath to the leader of ISIS, despite denying that he had ever made such a pledge. 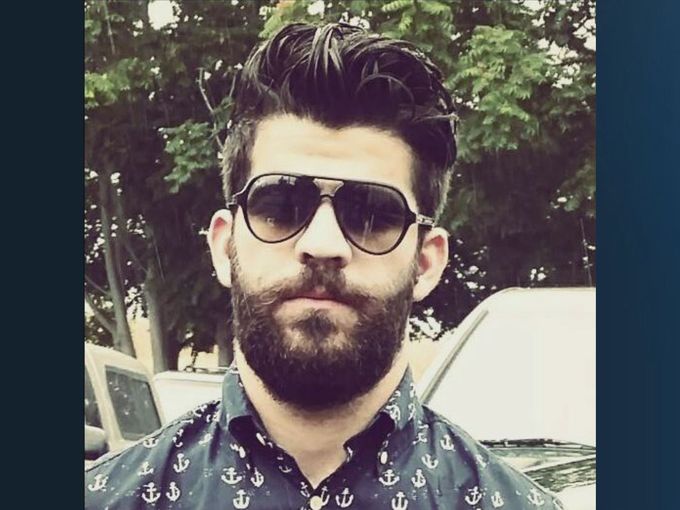 – On January 7, 2016, in the U.S. District Court for the Eastern District of California, Aws Mohammed Younis Al-Jayab was charged with providing materially false, fictitious, and fraudulent statements and representations to the United States government. He was separately indicted on March 17, 2016 for attempting to provide material support to acts of violence overseas. Al-Jayab — a Palestinian born in Iraq — was admitted to the United States as a refugee in 2012. According to the criminal complaint, beginning in October of 2012 — the very same month he first arrived in the United States — Al-Jayab began communicating with numerous individuals about his intention to go to Syria and fight for terrorist organizations. In April 2013, Al-Jayab made multiple statements to another individual (later identified as Omar Faraj Saeed Al Hardan) regarding his experience handling weapons and killing individuals in Syria. In November 2013, just one year after being welcomed to the United States as a refugee, he traveled to Syria and posted on social media that he was fighting with various terrorist organizations, stating “America will not isolate me from my Islamic duty. Only death will do us part.”

– On January 7, 2016, in the U.S. District Court for the Southern District of Texas, Omar Faraj Saeed Al Hardan was charged in an indictment with attempting to provide material support to a foreign terrorist organization, making false statements, and attempting to procure citizenship or naturalization unlawfully. The indictment states that he attempted to provide training, expert advice and assistance, and personnel — specifically himself — to a terrorist organization. Al Hardan — a Palestinian born in Iraq — was admitted to the United States as a refugee in 2009, and obtained a green card in 2011. When applying to become a U.S. citizen, he knowingly responded, certified, and swore untruthfully that he was not associated with a terrorist organization when, in fact, he associated with members and sympathizers of ISIS throughout 2014. During an interview in October 2015, Al Hardan falsely represented that he had never received any type of weapons training, when in fact he had received automatic machine gun training. According to media accounts, Al Hardan told his wife “I will go to Syria. I want to blow myself up. . . . I am against America.”

– On August 12, 2015, in the U.S. District Court for the District of Idaho, Fazliddin Kurbanov was found guilty of conspiring and attempting to provide material support to a designated foreign terrorist organization and possessing an unregistered destructive device. Kurbanov is a native of Uzbekistan who came to the United States as a refugee in 2009. U.S. Assistant Attorney General John Carlin stated that he “conspired to provide material support to the Islamic Movement of Uzbekistan and procured bomb-making materials in the interest of perpetrating a terrorist attack on American soil.” According to press reports, Kurbanov began his life as a Muslim, but his family claimed that they faced persecution after they converted to Orthodox Christianity. After coming to the United States with his family as a refugee, Kurbanov is said to have converted back to Islam and radicalized.

– On April 20, 2015, in the U.S. District Court for the District of Minnesota, Guled Ali Omar was charged with conspiracy and attempt to provide material support to ISIS. Omar was born in a Kenyan refugee camp, and sources indicate he came to the United States as a refugee when he was a child, obtained a green card, and subsequently applied for and received citizenship. Omar is the younger brother of another indicted fugitive, Ahmed Ali Omar, who left the United States in 2007 to fight for Al-Shabaab. Another one of his brothers, Mohamed Ali Omar, was convicted in March of 2015 of threatening federal agents when they came to the family’s residence to interview Guled Omar. During a press conference, U.S. Attorney for the District of Minnesota, Andy Luger, said that Omar “never stopped plotting,” and had previously attempted to leave the United States.

– On April 20, 2015, in the U.S. District Court for the District of Minnesota, Abdurahman Yasin Daud was charged (along with six others) with conspiracy and attempt to provide material support to ISIS. Daud, a Somalian refugee who came to the United States as a child, and subsequently obtained a green card. Daud and another individual drove from Minnesota to San Diego to attempt to get passports, cross the border into Mexico, and fly to Syria in to join ISIS.

– On February 18, 2015, Al-Hazmah Mohammed Jawad was arrested as he attempted to board a flight to Jordan to join and fight with ISIS in Iraq. Jawad was admitted to the United States in 2013 as an Iraqi refugee and he subsequently obtained a green card. Jawad was charged with making a false statement to U.S. government officials. He also stated that he “had been to the shooting range and had been running to get in shape and prepare for his upcoming travels,” and that a uniform was waiting for him in Iraq.

– On February 5, 2015, in the U.S. District Court for the Western District of Texas, Abdinassir Mohamud Ibrahim was sentenced to 15 years in federal prison for conspiring to provide material support to Al-Shabaab, a designated foreign terrorist organization, and for making a false statement in his immigration paperwork. Ibrahim is a native of Somalia who came to the United States as a refugee in 2007 at the age of 22 and subsequently obtained a green card. Ibrahim knowingly lied on his citizenship application and previously lied in his request for refugee status, by falsely claiming that he was of a member of the minority Awer clan in Somalia and subject to persecution by the majority Hawiye clan. Ibrahim was actually a member of the Hawiye clan and not subject to persecution. In fact, according to court documents, “Ibrahim’s family was famous . . . [and] [t]hrough his clan lineage, Ibrahim was related to known Somali terrorists[.]” Ibrahim also admitted he lied on his citizenship application by having previously lied on his refugee application by falsely claiming that he had not provided material support to a terrorist group, when he had in fact provided material support in the form of cash to an Al-Shabaab member.

– On February 5, 2015, in the U.S. District Court for the Eastern District of Missouri, Abdullah Ramo Pazara was named in an indictment against six individuals. Pazara, a native of Bosnia who sources indicate came to the United States as a refugee, later obtained a green card and became a citizen in 2013. Pazara was never charged in this case because he is believed to be dead. According to court documents, the others who were indicted provided material support to Pazara, who left the United States to go to Syria and fight with ISIS just 11 days after becoming a citizen. Among other things, Pazara allegedly told an individual about a mission where they “captured a large area, killed eleven individuals, captured one, and added that they intended to slaughter the prisoner the follow[ing] day.” According to press reports, at the time Pazara was purportedly killed in Syria, he was a deputy to one of the top ISIS commanders.

Read about the rest of these “refugees” here.