My two cents worth!

To get an Oscar award, keep silent toward the inhumane acts of the Islamic Republic of Iran but slam the American government, you get an Oscar without even deserving it. 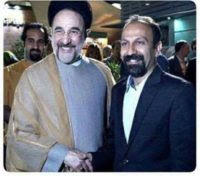 Has Mr. Farhadi ever sent a strong letter to Khamenei condemning crimes against humanity in Iran and the Middle East by the Islamic Republic?

Iranian film director Asghar Farhadi took advantage of Western democracy and our freedom of speech to verbally attack President Trump with Anger and hate and a politically motivated message, but had Mr. Farhadi the same courage in Iran he would be immediately get arrested by the same regime he has been defending.

This is how sinister the pawns of the Islamic republic of Iran are: This article proves how Asghar Farhadi used the last OSCAR to campaign for Iran regime’s Nuke Deal and be their mouthpiece while in “America”.

Neither Asghar Farhadi nor Ms. Anousheh Ansari had the courage to stand for the voiceless people of Iran, especially people in Khouzestan where the entire WORLD could hear their message, but Instead Farhadi’s message was directed against Trump and was filled with hate and anger just like the language of the regime.

Farhadi had not even tried to obtain visa to USA but instead Iran lobby NGO, NIAC paved the road to an Oscar for him and their supported regime, so the Islamic republic of Iran could be on the spotlights and be cherished.

This Oscar was a political showcase that had done nothing to do with Farhadi’s film itself but a political action taken by anti-Trump Liberal Hollywood against President Trump.

Muslim Iranian Farhadi calls it  an“inhumane” law that bans immigrants to the U.S.” Farhadi should be reminded that immigration to the U.S. or visiting the U.S. is not a right but a privilege. Mr. Farhadi needs to be reminded what his own Government is doing to his own people and that many dual citizen Iranians are taken as hostage by the Islamic Republic and are banned from leaving Iran.  Farhadi needs to be reminded what the Islamic republic of Iran’s been doing to religious and ethnic minorities and Afghan refugees living in Iran. 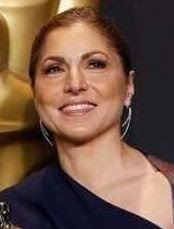 The Iran regime lobby has been advocating for the Islamic republic through the educated Iranian Americans such as Ms.   Anoosheh Ansari and Dr. Firouz Naderi who carry the bidding of the Islamic Republic but failed to acknowledge that many Iranian nationals are banned entry to Iran by the very same regime.

Let those Iranians who lack principals and ethics be proud of Mr. Farhadi and the Government he represents but it is obvious that this Oscar was only a defiance, and a political agenda using Farhadi against Trump not because Farhadi really deserved the award. If Iranians living abroad had shown so much enthusiasm, unity and support they are showing for an Iranian film director, I bet Iran would have been freed decades ago sand maybe the nation could also HOST an Oscar.

Watch Mark Dice, Author and Media Analyst speaking about the propaganda of Hollywood and Islamic Republic of Iran at this year’s OSCAR.

One County Saw a 27% Drop in Assaults After Helping Enforce Immigration Law. Here’s the Rest of the Story.