Shocking news—the magic $100 billion climate fund appears not to be taking shape! First world donors have been busily relabeling other foreign aid as contributions to the climate kitty. For developing countries, this is a cheat — they expect $100 billion in new money. Or, to put it more accurately, they are not nearly stupid and naive enough to believe the lies Western diplomats tell when trying to bamboozle naive green voters at home that they are “Doing Something” about climate change. So they don’t really expect all that money, but hope to use these commitments to pry something out of the West. This, one notes, is the house of cards that the last Administration claimed was a big piece of its legacy. —The American Interest, 11 April 2017

China, Brazil, India and South Africa have urged industrialized countries to honor financial commitments made in Paris in 2015 to help developing countries fight against global climate change, they said in a statement on Tuesday. Following a meeting in Beijing, climate change ministers from the “BASIC” bloc of four major emerging economies called on rich countries “to honor their commitments and increase climate finance towards the $100 billion goal”, and said more clarity was needed to “track and account for” those pledges. —Reuters, 11 April 2017

Climate ministers from Europe, India, Brazil and South Africa have gone to Beijing in recent weeks, hoping to sustain momentum from the Paris talks despite the Trump administration’s dismantling of US regulations meant to limit American emissions. But discussions have quickly run up against the issue of financing.  “Developed countries have not met their commitments. In their reports a lot of their commitment is in the form of development aid. That doesn’t meet the commitment to contribute to new funds,” China’s top climate change negotiator, Xie Zhenhua, told a briefing on Tuesday. –Lucy Hornby, Financial Times, 11 April 2017

G7 energy ministers have failed to agree a statement on climate change this afternoon because of ‘US reservations’, it has emerged. Top officials from the Group of Seven industrial nations gathered in Rome, Italy today amid growing concerns over the US administration’s moves to unravel policies aimed at stalling global warming. However, the US ‘reserved its position’ on the text about commitments made by G7 countries under the Paris accord, said Carlo Calenda, the Italian minister for economic development, who chaired the meeting in Rome. Lacking unanimity, Italy, which currently presides the Group of Seven, decided against proposing the joint statement, Calenda said. —Daily Mail, 10 April 2017

Water-guzzling coal-conversion projects are springing to life in arid western China, setting the stage for the large-scale deployment of what was previously a niche industry.

A three-year downturn in coal prices has revived projects that convert coal to motor fuel, petrochemical feedstock or gas, after many were shelved in 2008 because of concerns about water supply and pollution.

Successful development in China opens the door to the export of coal-intensive technologies, undercutting international efforts to limit emissions of carbon and other greenhouse gases.

Coal conversion is not only highly polluting, it also consumes large amounts of water.  “It’s certainly something China is focusing on,” said Benjamin Sporton, chief executive of the World Coal Association.  “As the energy mix diversifies, coal producers are coming under pressure and they are looking at other ways to use coal.”

Chinese coal-conversion projects have been stop-start for years. They are plagued by technical difficulties, billions of dollars in losses and bureaucratic reversals. New coal conversion targets were set in January after Chinese president Xi Jinping endorsed a mammoth coal-to-oil plant in Ningxia, a desert region with some of the world’s richest coal reserves.  […]

Projects that work in China’s state-dominated economy may not be practical elsewhere. Coal conversion has become profitable in China because of an unusual combination of low coal prices relative to state-set gas or petrol prices.

Coal-to-liquids projects normally make economic sense only when oil prices are high or supply is limited. The technology was first developed in Nazi Germany, and commercialised in apartheid-era South Africa.

Natural gas prices are set relatively high in China to justify pipelines running thousands of miles from central Asia to population centres in the east. That gives an opening to gas derived from coal, which is projected to supply 12 per cent of China’s gas consumption by 2020. The switch to gas forms part of Beijing’s Paris agreement pledge for emissions to peak around 2030.

Fracking looks set to go ahead on a Lancashire site after campaigners lost a High Court challenge. 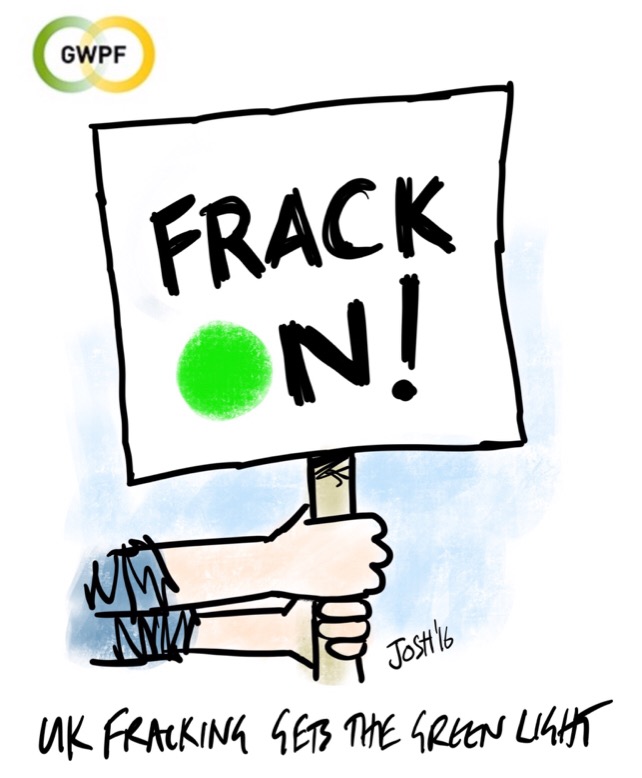 Opponents urged the court to find a government decision approving planning for the site in Fylde either unfair or unlawful.

The planning application, by developer Cuadrilla, was refused by Lancashire County Council in 2015 but later granted following an appeal.

The plan was supported by Lancashire County Council officials but turned down by the planning committee.

But following a public inquiry, the planning inspector recommended the scheme.

Environmentalists and local campaign groups reacted angrily to the decision, which they said went against the wishes of residents.