The ugly hubris that accompanies entrenched power has been noted since human beings started taking notes. Here’s another card for the file: 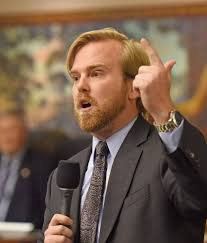 In Tampa, 7th-year legislator Rep. James Grant is facing his last term in office under Florida’s 8-year term limits law. How is he choosing to finish out his public service?  By filing for re-election and throwing his hat in the ring for Speaker of the House.

No, I am not kidding.

In a case reminiscent of the veteran Palm Beach Gardens City Council member who resigned a few months early in order to restart his term limits clock, Rep. Grant is claiming that because of irregularities which led to a re-vote in his election in 2014, somehow he went back in time and became a freshman legislator.

That is particularly convenient as a meeting of all Republican freshmen is scheduled for Friday, June 30, in Orlando to choose a new speaker of the House for 2022-24. It is a secret meeting but the word is that 7th-year legislator Grant, class of 2010, will be there to cast a vote for himself.

If Rep. Grant wins, he will be dragging his party through the muck, as surely both controversy and litigation will dog their would-be leader from next Friday until he leaves office.  It will also be a slap in the face for voters who approved the 8-year term limits law by 77% back in 1992. Polls show there has been no diminution of support for the law since then. 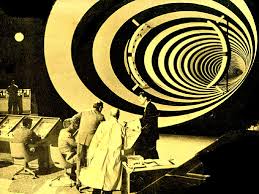 In Palm Beach Gardens, the local political and media establishment initially circled the wagons around one of their own, offering circuitous technicalities to justify keeping power.  We are seeing this phenomenon to some degree with Rep. Grant as well, as a handful of his party colleagues and even some Tampa media are arguing for giving their golden boy a pass.

But courts are better at resisting group-think and political pressure.  In the Palm Beach Gardens case, the Fourth District Court of Appeals threw that politician out of office in June of last year.  There is no reason to expect the courts will afford Rep. Grant any special dispensation. In fact, U.S. Term limits does not know of any case in any state — ever — where a long-time state legislator busted a voter-approved term limit using this technicality.

(For nit-pickers, this is not a case of a freshman legislator being elected to a partial term via special election.  In such a case, Florida’s law does not count the partial term against the legislator’s term limit. The case here is that the re-election of a veteran, incumbent legislator was flubbed and a second vote was held a few months later. The election SNAFU hardly obviates his past consecutive years of service.)

But the sad truth is that justice will only prevail if voters raise their voices (and maybe eventually money for court fees) to object.  Rep. Grant is betting we won’t.

Let’s prove him wrong by using THIS LINK to inform our own state reps what is going on.

TAKE ACTION: Click on the image to send a message to stop this scam.