THE LOBBYISTS ARE COMING! Term limits a crucial defense against degenerating school board politics

Last year, the Orlando Sentinel revealed that candidates the Orange County school board were raking in campaign contributions from the building industry. At the same time, a school building boom is under way in Orange County, with plans to open 13 new campuses by 2020.

A representative of the Florida School Boards Association admitted such contributions were “quite typical,” and indeed they are. There has always been a battle between parents and local special interests to hold the attention and favor of school board members. Due to the phenomenon of “concentrated benefits and dispersed costs,” local special interests too often win out. 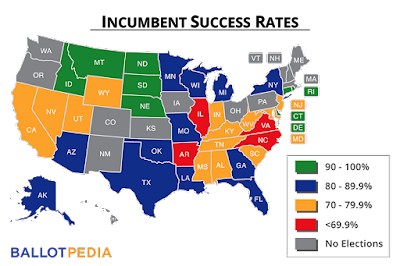 In response to entrenched incumbency and special interest relationships, there are two efforts to put 8-year school board term limits on the statewide ballot in November 2018. One is via legislation introduced to the legislature and another via the state’s Constitution Revision Commission process.

But there is a new wave of soft and not-so-soft corruption emerging in our nation’s school board politics that make this reform even more urgent. A new crew of lobbyists are coming, with hands full of cash to establish relationships with incumbent school board members who statistically are unlikely to lose their low-turnout elections.

To voice your support for a school board term limits referendum, you can contact the Constitutional Revision Commission (CRC) here.

As the Economist put it in their Nov. 11 issue, elections to choose school boards “have historically been sleepy, low-turnout affairs. But in recent years they have become contentious, serving as proxies for the rancorous debate between advocates of education reform and teachers’ unions.” The Economist pointed to recent big money campaigns earlier this month near Denver and Las Vegas that have drew in $1.65 million and $15 million, respectively. In Florida, we saw a 2016 Collier County race swamped with special interest money to the tune of more than $350,000.

This is dangerous as once a candidate is on the board and has demonstrated they are reliable to special interests, the financial contributions come pretty much automatically. Such contributions are a good investment for lobbyists, as well over 80% of incumbents are regularly re-elected. Many run unopposed and elections are not even held.

Florida has term limits on its governor, lt. governor, state cabinet members, legislature, its largest counties and too many mayors and council members to count. It is time to bring this simple, effective and popular reform to our school boards.