Jew Hate at McMaster from Canary Mission on Vimeo.

“Everytime I read about Hitler, I fall in love all over again” and “Hitler should have took you all” are among scores of offensive comments flooding the social media pages of current and former students at McMaster U, Canada.

All have or had affiliations with the campus chapter of SPHR or Solidarity for Palestinian Human Rights, a chapter of Students for Justice in Palestine (SJP).

On Tuesday the Algemeiner ran an article on the report. The response from the McMaster community was rapid.

It became a heated discussion point on Spotted at Mac, a McMaster community chat forum on Facebook with over 29,000 members,

The anti-Zionist Mac SPHR released a statement on their Facebook page that condemned the anti-Semitic comments posted by the numerous members and officers within their organization.

On Wednesday the McMaster university administration released a statement condemning the anti-Semitic posts and asserting that they are “actively reviewing” them.

The Algemeiner published a follow-up article that included a statement from the McMaster chapter of Hillel and one from B’nai Brith Canada, decrying the hateful posts and calling on the university to take action.

However, the response was not all positive.

“The only good Zionist is a dead Zionist. Add that to my profile.”

This was the shockingly unrepentant tweet sent out by Nadera Masad within a day of being exposed for promoting violence against Jews and praising Hitler. Since over 6.4 million Jews currently reside in Israel, her statement is nothing short of a call for a genocide — in greater number than even her hero Hitler.

A few hours later she tweeted, “I keep saying, we need to cleanse the world of creatures such as these dirty white Americans,” with the note, “Add this to my canary profile.” A day later, after having her fill of bigotry, she deleted her Twitter account.

The Canary Mission McMaster exposé is the latest in a series of scandals to have hit SJP and its leader Hatem Bazian. They have been exposed so oftenfor bigotry and racism that SJP is no longer seen as a serious player by university administrations or even former members.

To view the full campaign, go to CanaryMission.org/McMaster 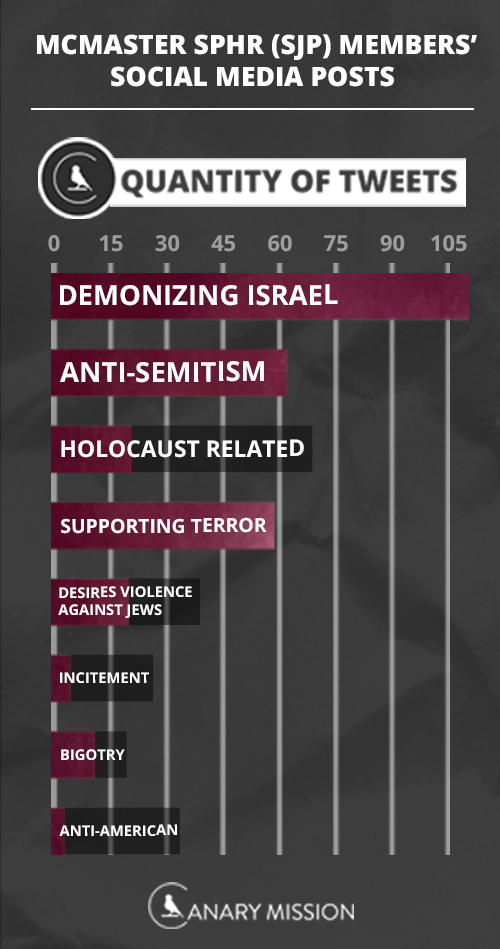 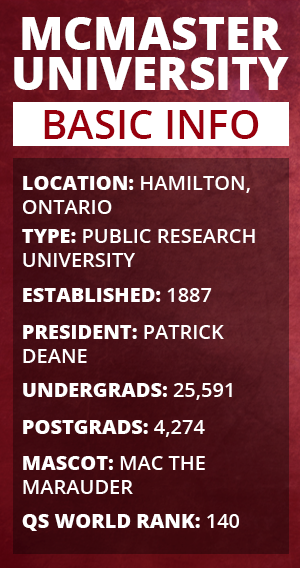