Critics of President Donald Trump said his response to the Florida school shooting earlier this year was ill-conceived and a failure.

Yet a new startling revelation from school district officials in Broward County, Florida, shows the White House’s response was indeed appropriate—more than even the Trump administration knew.

On Feb. 14, Nikolas Cruz, a student with a long history of problems in and out of school, allegedly opened fire and claimed the lives of 17 students and adults at Marjory Stoneman Douglas High School.

Following the shooting, the Trump administration created a new school safety commission. One of the commission’s assignments is to consider the repeal of student discipline guidelines that the Obama administration issued in 2014.

Cue the negative spin: “Yet again, the Trump administration, faced with a domestic crisis, has responded by creating a commission to study an unrelated issue,” the NAACP told The New York Times.

Broward County Superintendent Robert Runcie also dismissed the move, telling Politico, “It goes with the whole narrative that anything under the Obama administration is no good and we have to get rid of it.”

Critics denied that there was a connection between the Parkland shooting, the district’s student discipline policies (called the “PROMISE” program), and federal student discipline guidelines. Cruz was never referred to PROMISE, officials said, so PROMISE couldn’t be to blame.

Runcie said at a press conference, “[Cruz] was never a participant in the PROMISE program” and “[there’s] no connection between Cruz and the district’s PROMISE program.”

As recently as a few weeks ago, Runcie said, “Let me reiterate this point: Nikolas Cruz, the shooter that was involved in this horrific accident at Marjory Stoneman Douglas, had no connection to the PROMISE program.”

But last Sunday, Broward officials admitted Cruz had in fact been referred to PROMISE. To make matters worse, school officials cannot say whether Cruz actually attended the required sessions or if anyone tried to account for his absence.

The school district should clarify whether officials referred Cruz again to PROMISE based on his behavior in high school, and if not, why.

Cruz’s first referral was for vandalizing a bathroom in middle school, but The Washington Post reports that Cruz continued to display troubling behavior in high school. He made a threat and committed assault while a student at Stoneman Douglas—both offenses that would make him eligible for PROMISE.

The news that Cruz had been referred to PROMISE is critical because the PROMISE program and the Obama administration’s 2014 federal guidelines were announced with much fanfare and take similar approaches to dealing with student behavior.

At the PROMISE launch, Education Week reports, “Community members lauded the board and Runcie for their work, and its passage received a standing ovation.” NPR said, “Civil rights and education activists say the policy can be a model for the nation.”

Earlier this year, my research documented these and other philosophical and practical similarities between the 2014 federal guidelines and PROMISE.

Runcie went as far as to say that PROMISE inspired the federal guidelines in the first place. In a 2014 interview, he said, “Some of my staff joke that the Obama administration might have taken our policies and framework and developed them into national guidelines.”

Runcie was later featured at a 2015 White House event on school discipline.

Broward County officials must now explain to grieving families that the school discipline strategy they called “the most comprehensive thinking available to address socially unacceptable or illegal behavior” failed to stop a school shooting.

Meanwhile, dozens of school systems around the country are following the federal guidelines. This widespread adoption and the terrifying failure of PROMISE makes the White House’s call to rescind federal guidelines that mirror PROMISE a timely and fitting response to Parkland. 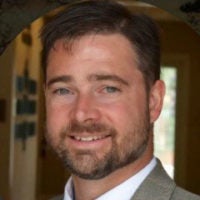 Jonathan Butcher is a senior policy analyst in The Heritage Foundation’s Center for Education Policy and a senior fellow for the Goldwater Institute and the Beacon Center of Tennessee. Twitter: @JM_Butcher.