Non-Muslims paying for the upkeep of Muslims is a Qur’anic dictate:

“Fight those who believe not in Allah nor the Last Day, nor hold that forbidden which hath been forbidden by Allah and His Messenger, nor acknowledge the religion of Truth, (even if they are) of the People of the Book, until they pay the Jizya with willing submission, and feel themselves subdued” (Qur’an 9:29).

The caliph Umar said the jizya payments from the dhimmis were the source of the Muslims’ livelihood:

“Narrated Juwairiya bin Qudama at-Tamimi: We said to `Umar bin Al-Khattab, ‘O Chief of the believers! Advise us.’ He said, ‘I advise you to fulfill Allah’s Convention (made with the Dhimmis) as it is the convention of your Prophet and the source of the livelihood of your dependents (i.e. the taxes from the Dhimmis.)’” (Bukhari 4.53.388) 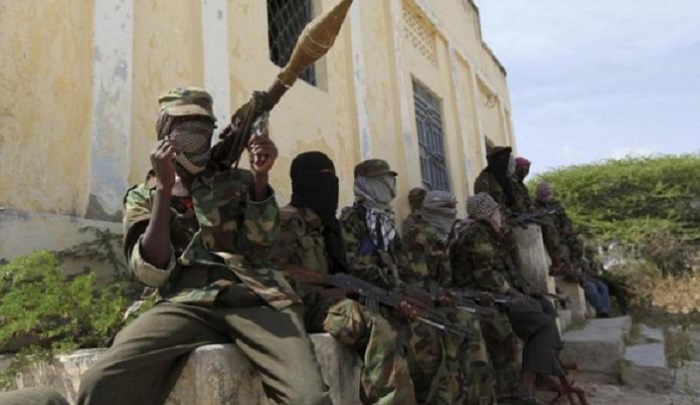 MINNEAPOLIS (KMSP) – For five months, Fox 9 has been investigating what appears to be rampant fraud in a massive state program.

This fraud is suspected of costing Minnesota taxpayers as much as $100 million a year.

The Fox 9 Investigators reporting is based on public records and nearly a dozen government sources who have direct knowledge of what is happening.

These sources have a deep fear, and there is evidence to support their concerns, that some of that public money is ending up in the hands of terrorists.

This story begins at Minneapolis-St. Paul International Airport, where mysterious suitcases filled with cash have become a common carry-on.

On the morning of March 15, Fox 9 chased a tip about a man who was leaving the country. Sources said he took a carry-on bag through security that was packed with $1 million in cash. Travelers can do that, as long as they fill out the proper government forms.

Fox 9 learned that these cloak-and-dagger scenarios now happen almost weekly at MSP. The money is usually headed to the Middle East, Dubai and points beyond. Sources said last year alone, more than $100 million in cash left MSP in carry-on luggage.

The national, go-to expert on what is behind these mysterious money transfers is Glen Kerns.

“What we were interested in is where it was going,” Kerns said.

He is a former Seattle police detective who spent 15 years on the FBI’s joint terrorism task force, until his retirement.

Kerns tracked millions of dollars in cash that was leaving on flights from Seattle.

It was coming from Hawalas, businesses used to courier money to countries that have no official banking system.

Some immigrant communities rely on Hawalas to send funds to help impoverished relatives back home.

Kerns discovered some of the money was being funneled to a Hawala in the region of Somalia that is controlled by the al Shabaab terrorist group.

“I talked to a couple of sources who had lived in that region and I said, ‘If money is going to this Hawala do you think it is going to al Shabaab?’” said Kerns. “And he said, ‘Oh definitely, that area is controlled by al Shabaab, and they control the Hawala there.’”

He said when the money arrives, whether it was intended for legitimate purposes or not, al Shabaab or other groups demand a cut.

As Kerns dug deeper, he found that some of the individuals who were sending out tens of thousands of dollars’ worth of remittance payments happened to be on government assistance in this country.

How could they possibly come up with such big bucks to transfer back home?

“We had sources that told us, ‘It’s welfare fraud, it’s all about the daycare,’” said Kerns.

FOX 9 REPORTED ON THE FRAUD FIVE YEARS AGO

To better understand the connection between daycare fraud and the surge in carry-on cash, you have to look at the history of this crime.

Five years ago the Fox 9 Investigators were first to report that daycare fraud was on the rise in Minnesota, exposing how some businesses were gaming the system to steal millions in government subsidies meant to help low-income families with their childcare expenses.

In order for the scheme to work, the daycare centers need to sign up low income families that qualify for child care assistance funding.

Surveillance videos from a case prosecuted by Hennepin County show parents checking their kids into a center, only to leave with them a few minutes later. Sometimes, no children would show up.

Either way, the center would bill the state for a full day of childcare….

INFOGRAPHIC: A Revolutionary Way to Get Funded — ICO Roundups