Democrats are leading the way to open borders by allowing non-citizens to vote first in school districts and then will seek the same in Federal elections. This dovetails with California’s Sanctuary City State policy. While the media obsesses about Russian interference in U.S. elections California Democrats have figured out a way to undermine our entire electoral system. 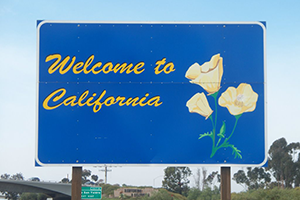 In San Francisco, immigrants who are in the country illegally are now eligible to register and vote in school board elections. Of course, this is clearly illegal under the California Constitution.

Article II, Section 2 of the California Constitution says, “A United States citizen 18 years of age and resident in this State may vote.”

However, the pro-illegal immigration, sanctuary state-supporting Democratic majority in Sacramento has no interest in enforcing the law when it’s being ignored by fellow Democrats. After all, their long-range plans for a ruling majority depend on continuous law breaking to get enough non-Americans to vote. The Californians who don’t support their radical views, can simply be eclipsed by non-citizen voters who will.

As the San Francisco ABC News affiliate reported, the county’s District 7 Elections Supervisor Norman Yee said, ”We want to give immigrants the right to vote.”

Cal Thomas captured what is going on in a July 19 column entitled “The Name of the Game: Votes for Democrats.”

As Thomas points out, this is only the beginning of a much larger strategy.

“Who doubts this is the first step by the left and Democrats toward full voting rights in state and eventually in federal elections? The claim by lawyers will be that it is discriminatory to allow undocumented immigrants to vote in local and state elections and not for members of Congress and for president. At bottom this is what the entire immigration debate is about.”

Victims of Religious Persecution Tell Their Stories at International Conference...