The fate of our freedom hangs in the balance in this November’s elections for the U.S. Senate. The good news is that gun owners can once again make the difference in the fight for our rights. The bad news is that if we don’t—if we just sit on the sidelines and leave the battle to others—we will lose our rights for generations to come.

If any gun owners question the importance of having a pro-gun majority in the U.S. Senate, one need only consider that Justice Neil Gorsuch now sits on the Supreme Court and anti-gun Judge Merrick Garland does not. Without a doubt, the long-term impact of a pro-freedom Supreme Court cannot be overemphasized. And the only way to maintain and expand the number of justices who respect the Second Amendment is with a pro-freedom Senate.

But in addition to the Supreme Court, much more is at stake in the make-up of the Senate.

First and foremost, a loss for pro-gun incumbents and challengers means that Sen. Chuck Schumer, D-N.Y., would be the majority leader. And as we all know, Schumer has made a career of fighting to eliminate our fundamental right to keep and bear arms.

Additionally, we would lose key chairmanships that are vital for gun owners. On the Judiciary Committee, we would exchange Sen. Charles Grassley, R-Iowa, a Second Amendment champion, for Sen. Dianne Feinstein, D-Calif., a sworn enemy of gun owners.

… gun owners can be the grassroots force that protects our freedoms.

With this much to lose, protecting our pro-gun majority must be a top priority in this election.

Toward that goal, I am including information on a number of key races that gun owners can focus on this November. We will be providing additional information on other key Senate races in the coming weeks. These races will determine the future of the U.S. Senate and, with it, the future of our freedoms.

As mentioned earlier, a number of races are still awaiting the results of primary elections, and we will update you on those in the coming weeks. In the majority of these races, there will be a clear choice between a strong pro-gun candidate and a demonstrated opponent of our rights.

Just as in past elections, gun owners can be the grassroots force that protects our freedoms by helping pro-gun candidates achieve victory in November. Please go to the NRA-PVF website at nrapvf.org for crucial information and endorsements, so that you can take action to assist the pro-gun candidates in your area. Your efforts in this election will make the difference in keeping a pro-gun Senate majority and securing our rights. 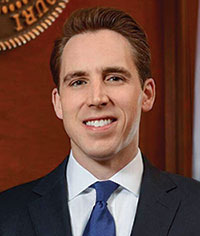 Sen. Claire McCaskill (D) is running for re-election, and this is a race where gun owners can absolutely make the difference. McCaskill is “F”-rated by the NRA’s Political Victory Fund (NRA-PVF) and has proven to be an enemy of the Second Amendment.

Her opponent will most likely be Missouri Attorney General Josh Hawley (R). Hawley has earned an “A” from the NRA-PVF, is a strong advocate for the Constitution and has fought in the courts to protect our liberties.

With such a stark contrast in candidates, the choice for Missouri gun owners this November is clear. 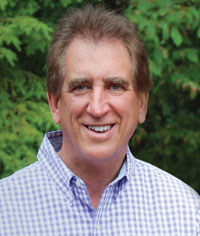 Incumbent Sen. Sherrod Brown (D) is one of the most anti-gun politicians in Washington, D.C. He has voted against our rights time and again. His opponent, Rep. Jim Renacci (R), has earned an “A” rating from the NRA-PVF. Renacci has served in the U.S. House of Representatives for four terms, during which he has demonstrated his support for our Second Amendment rights. Replacing Brown with Renacci would be a major victory for gun owners. 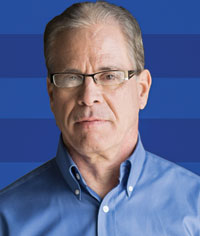 In Indiana, NRA members and gun owners have a choice between current U.S. Sen. Joe Donnelly (D) and businessman Mike Braun (R). Unfortunately, Indiana NRA members and gun owners have not been able to count on Donnelly to fully support our Second Amendment rights. Braun, on the other hand, will be a strong vote for our constitutional freedoms, as demonstrated by his pro-gun voting record in the Indiana Legislature. 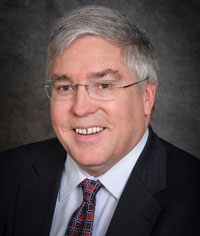 In 2012, Sen. Joe Manchin (D) promised West Virginia NRA members and gun owners that he would strongly support their Second Amendment rights. Unfortunately, he has not kept his word. Challenging Manchin is Attorney General Patrick Morrisey (R), a solid supporter of our right to keep and bear arms. Morrisey has signed legal briefs strongly supporting the Second Amendment, greatly expanded reciprocity agreements for holders of carry permits and stated his support for the constitutional carry legislation that became law in his state. West Virginia gun owners deserve an honest, consistent Second Amendment supporter in the U.S. Senate. 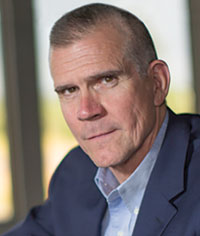 Another senator who has failed to keep his word to NRA members and law-abiding gun owners is Jon Tester (D) in Montana. Tester has opposed our rights, including voting for the confirmation of anti-gun Supreme Court Justices Sonia Sotomayor and Elena Kagan. In addition, he voted against Gorsuch. His opponent, former state Senate Majority Leader and State Auditor Matt Rosendale (R), is a true friend to Montana gun owners, so the choice in this race is clear. 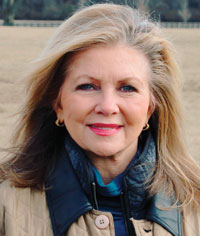 Tennessee gun owners can help to maintain a pro-gun majority in the U.S. Senate by supporting U.S Rep. Marsha Blackburn (R) in her bid to replace Sen. Bob Corker (R), who is retiring. Blackburn has a long history of supporting the Second Amendment, co-sponsoring national reciprocity legislation as well as legislation to remove antiquated and unnecessary restrictions on interstate firearm businesses. In contrast, her opponent, former Gov. Phil Bredesen (D), twice vetoed NRA-supported restaurant carry legislation and cannot be trusted to support our right to keep and bear arms. 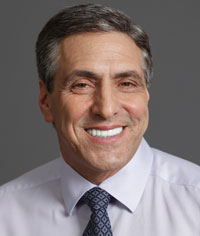 During his career in the Senate, Casey voted to ban commonly owned semi-automatic firearms and standard-capacity magazines. He supports further restrictions on lawful firearm transfers as well as raising the age to purchase certain firearms to 21 from 18. He also voted for anti-gun Supreme Court Justices Sotomayor and Kagan—and against Gorsuch.

In contrast, Barletta voted for national reciprocity legislation, voted to end Obama’s anti-gun Operation Choke Point and co-sponsored legislation to remove antiquated and unnecessary restrictions on interstate firearm businesses. He is a strong supporter of our right to keep and bear arms. Pennsylvania gun owners have a clear choice in this Senate race. 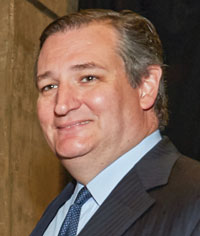 Texas is another state that could decide the fate of the pro-gun majority in the Senate. Sen. Ted Cruz (R) has earned his “A+” rating by being a champion for gun owners, while his opponent, Rep. Beto O’Rourke (D), has earned an “F” rating for opposing our rights.

O’Rourke supports banning guns and magazines, imposing new restrictions on lawful firearm transfers and voted against national reciprocity. He has been a vocal critic of the NRA and our members. He would be a consistent vote against our constitutional freedoms.

In contrast, Cruz has a proven record of supporting the rights of law-abiding gun owners. He has sponsored NRA-supported national reciprocity legislation, worked to fix problems with the National Instant Criminal Background Check System (NICS) and sponsored legislation that sought to end the Obama administration’s anti-gun Operation Choke Point.

Cruz’s seat is one that anti-gun extremists would love to win. We can expect millions of dollars from those opposed to the Second Amendment to flow into the state. It is critical that pro-gun Texans work to ensure that Cruz is re-elected to continue his strong defense of our rights. 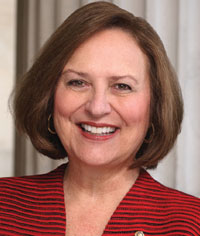 Fischer, on the other hand, has long demonstrated her support for the Second Amendment. While serving in the Nebraska state Senate, Fischer earned an “A+” from the NRA-PVF. Her support for our right to keep and bear arms has not wavered since being elected to the U.S. Senate in 2012. She has voted against banning commonly owned semi-automatic firearms and standard-capacity magazines and signed a letter opposing the anti-gun U.N. Arms Trade Treaty. Her re-election to the U.S. Senate is critical to defending and expanding our firearm freedom. 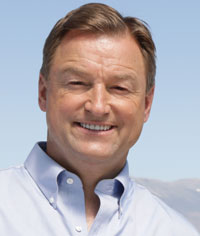 In Nevada, Sen. Dean Heller (R) is a staunch defender of our right to keep and bear arms, which has earned him an “A” rating from the NRA-PVF. His opponent, Rep. Jacky Rosen (D), has earned an “F” rating.

Rosen has made her opposition to the rights of law-abiding gun owners a key plank of her campaign, supporting a ban on commonly owned semi-automatic firearms and standard-capacity magazines and expanding restrictions on lawful firearm transfers. She has voted against legislation that would create national reciprocity for Right-to-Carry permits, showing her contempt for the right to self-defense.

Heller, on the other hand, opposes gun bans and supports the right to self-defense. He stood with the NRA in support of Gorsuch’s confirmation to the U.S. Supreme Court.

Nevada is a key swing state. If gun owners hope to keep a pro-gun majority in the U.S. Senate, it is critical to re-elect Heller.