Andrew Gillum is a threat to national security.

WATCH THE VIDEO BELOW!!

In 2016, New Zealand author and film-maker Trevor Loudon released his full-length documentary The Enemies Within, which exposed a shocking number of United States Senators and members of Congress who pose a security risk to America. These elected officials were all tied to hostile foreign powers, anti-American Marxist groups or fronts for the pro-terrorist Muslim Brotherhood. 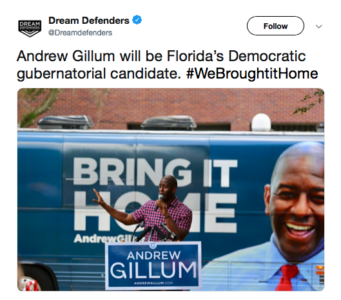 Please embed these videos on your blog, tweet them to your followers, post them to Facebook, or personally email them to friends, relatives and colleagues. Every American voter needs to see these videos. If more Americans understand how badly they are being betrayed by their own elected representatives, they can help “drain the swamp” themselves, directly through the ballot box.

EDITORS NOTE: This column with images and videos is republished with permission.