It seems another tragedy was averted in the nick of time! A team of crack FBI counterterrorism investigators have discovered a non-exploding pipe bomb in the mansion of the Obama family. The pipe was attached to the toilet and was directed, through a hole in the floor, towards a subterranean, tube-like shelter. Team Mueller is currently investigating this subterranean network of interconnected catacombs. It is a miracle this device has not yet exploded.

The Obama family denies ever having seen this non-exploding “pipe” before. According to witnesses, the pipe was recently tampered with by a group of white males driving around in a suspicious van.

“It said something like ‘plum service’ or something,” an emotional Michelle explained. “I thought they sold fruit. But then these people suddenly came in and started waving with iron tools. They did not have fruit at all! The housekeeper said we ordered them because of some kind of blockage, but my digestion is very good lately. It was very strange.”

Already reports are coming in from other high-ranking democrats. It seems, all over the country, many similar vans are driving around. Their numbers increased sharply right after the first reports of a booming economy came in. Pundits on CNN suggest that Donald Trump is abusing the economy to embolden his army of blue-collar supremacists to tamper with these strange, non-exploding pipe-bomb-like objects in the bathrooms of his political adversaries.

RELATED POLITICAL SATIRE: Pipe Bombs: Only for the Democrat elite 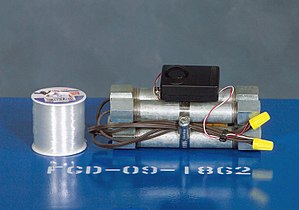 What we know about the explosive devices targeting Democrats

Democrats challenged by Trump are receiving Presidential crude pipe bombs in the mail.

Nancy Pelosi and Chuck Shumer are still waiting for theirs to arrive, but are sure that like their government paycheck, the “check is in the mail.”

The FBI has already prepared the report of the multi-billion dollar investigation that it anticipates being requested to do, and will identify saliva on the stamps as 1/1024 of Russian origin.

EDITORS NOTE: These political satire columns by Minitrue and Ivan the Stakhanovets  originally appeared on The Peoples Cube. They are republished with permission.