In an op-ed at the StarTribune last week, Minnesota Attorney General Keith Ellison swore to fight a court’s ruling upholding the right of wedding videographers to create videos in accordance with their faith beliefs about marriage.

As reported by Breitbart News, the three-judge panel of the U.S. Court of Appeals for the Eighth Circuit recently ruled in favor of St. Cloud Christian videographers Carl and Angel Larsen, who claimed the right to create videos consistent with their faith beliefs about marriage between a man and a woman.

Religious freedom doesn’t sit well with the Muslim Ellison, who announced he will go back to trial to prove that “LGBTQ discrimination is not free speech” — accusing the Larsens of using their faith as a front for discrimination against LGBT individuals.

“Business owners’ free speech and beliefs are already fully protected under the First Amendment,” Ellison conceded, but then claimed that what the Larsens want “is a license to discriminate against LGBTQ folks.” 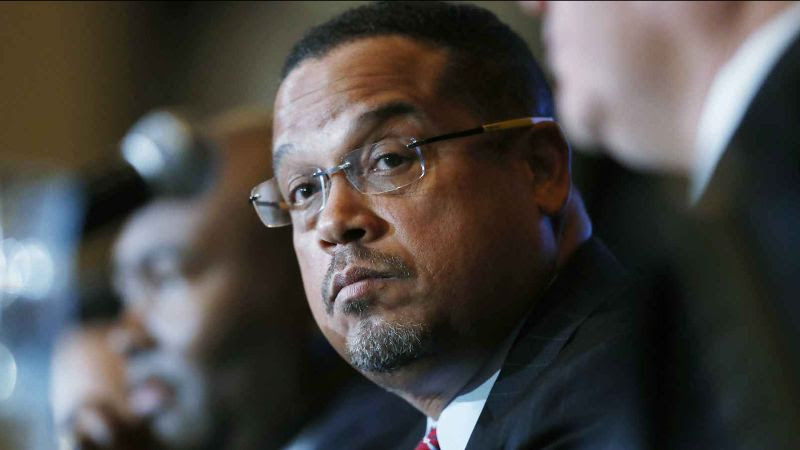 In September 2017, Ellison spoke at a panel discussion about immigration reform and Deferred Action for Childhood Arrivals (DACA), an executive action by which former president Barack Obama had permitted most DREAM Act-eligible individuals to gain temporary legal status, work permits, access to certain publicly funded social services, and protection from deportation. “[A]s many as three million DACA recipients live with someone who is a citizen of the United States,” said Ellison. “Add that to the people who work with a DACA recipient. Add that to people who are the parents of a DACA recipient. Add that to people who are parents of American citizens. You are literally talking about over 100 million Americans who are in some way — way more than 100 million, maybe well over that — who are deeply connected to people who have immigrated to the United States, some with official papers, some with not.” Reasoning from the premise that Americans have a moral obligation to provide “sanctuary” for illegal aliens, Ellison then likened modern-day illegals aliens living in the United States to Jews who lived in Nazi Germany during the 1930s and ’40s: “If you ask yourself, ‘What I would I do if I was a gentile in 1941 if my Jewish neighbors were under attack by the Nazis, would I give them sanctuary?’ You might be about to find what you’d do. Will you pass that moral test, or will you fail it?”

To learn more, click on the profile link here.

RELATED ARTICLE:  ‘There can be no reward’: Beto O’Rourke supports punishing religious institutions for views on sexuality