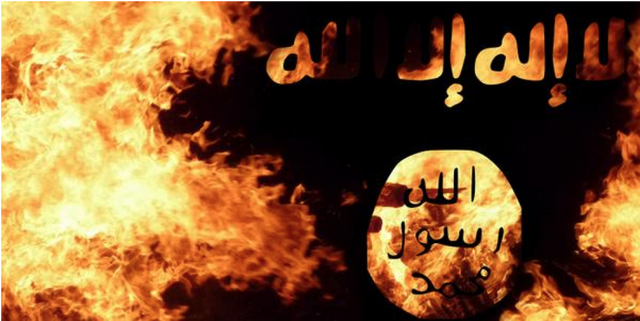 Of course! What else could it possibly be? My latest in FrontPage:

Worried about the coronavirus? Don’t be. All you have to do to make sure you don’t contract the virus is blow yourself up in a crowd of infidels. Well, yes, but there’s always a catch, now, isn’t there?

This sage advice for a coronavirus cure comes from the thoughtful medical researchers of the Islamic State, aka ISIS. The latest edition of the jihad group’s al-Naba newsletter tells Muslims to wash their hands frequently and avoid traveling into Europe in order to avoid contracting the coronavirus, but somewhat contradicts itself in also noting that the best way to turn away “the torment and wrath” of Allah is to wage jihad.

With that idea likely in mind, ISIS states that “the Muslims should not pity the disbelievers and apostates, but should use the current opportunities to continue working to free Muslim prisoners from the camps in which they face subjugation and disease.” In doing this, they need not worry about the coronavirus: “They should also remember that obedience to God — the most beloved form of which is jihad — turns away the torment and wrath of God.”

The most righteous deed of all, the one that is most effective in turning away Allah’s “torment and wrath,” is jihad. A hadith has a Muslim asking Muhammad: “Instruct me as to such a deed as equals Jihad (in reward).” Muhammad replied, “I do not find such a deed.” (Bukhari 4.52.44)

So while ISIS tells Muslims that they should take sensible precautions against the coronavirus, it also tells them that committing acts of violence against unbelievers will protect them from the virus anyway. Meanwhile, the jihad group asks Allah to make the coronavirus even more lethal than it is already, so as to “increase their torment,” as well as to “save the believers from all that.”

Also, the Qur’an teaches that Allah will place a Muslim’s good deeds on one scale and bad deeds on the other, and send them to Paradise or hell depending on which scale weighs more. A Muslim who is worried about his eternal destiny can decisively tip the scales in his favor by waging jihad, the deed that is greater than all others. He can seize the Qur’an’s promise of Paradise for those who “kill and are killed” for Allah (9:111).

Another hadith adds that Muslims should not flee an epidemic: “Narrated Aisha: (the wife of the Prophet) I asked Allah’s Messenger about the plague. He told me that it was a Punishment sent by Allah on whom he wished, and Allah made it a source of mercy for the believers, for if one in the time of an epidemic plague stays in his country patiently hoping for Allah’s Reward and believing that nothing will befall him except what Allah has written for him, he will get the reward of a martyr.” (Sahih al-Bukhari 3474)

The only difference, then, between dying in the midst of one’s own jihad massacre and dying from the coronavirus is that in the former, some infidels die as well. For ISIS, that is a big difference, and one worth telling Muslims to wash their hands before they set out to murder infidels.

India: “Infected Muslims want to go and spread Corona to Infidels so they can die in hundreds of thousands”

India: ISIS sees chance for jihad in coronavirus pandemic: “Use this opportunity to fill the streets with blood”