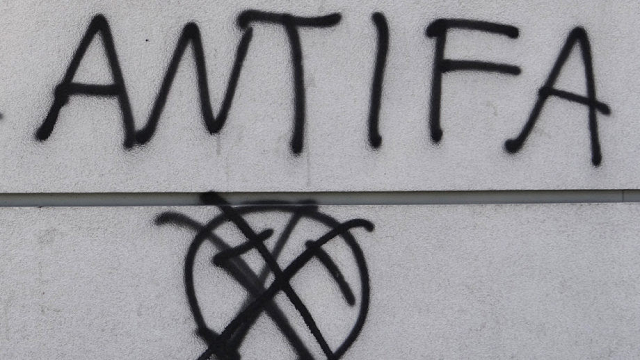 During Tuesday night’s presidential debate, Democrat nominee Joe Biden made the eyebrow-raising declaration that the domestic terror group Antifa “is an idea, not an organization.” Who knew ideas could wreak so much violent destruction all on their own?

Biden’s claim was made after moderator Chris Wallace warned of “white supremacist” groups contributing to violence and social unrest. “Almost everything I’ve seen is from the left wing, not the right wing,” Trump correctly noted. “Somebody’s got to do something about Antifa and the left, because this is not a right-wing problem,” he added about the ongoing riots driven by leftist entities such as Antifa and Black Lives Matter. “This is a left-wing problem.”

Biden then paraphrased FBI Director Chris Wray’s recent characterization of Antifa as more of an “ideology” than an organization, presumably because its leadership is decentralized and the group has no office locations or business cards. “That’s what his FBI director said,” stated Biden, pointing at Trump.

“Antifa is an organization, not an idea,” replied Trump. “Antifa is a dangerous, radical group, and you better be careful with them. They’ll overthrow you.” Quite true. Why is Biden defending this violent terror organization?

“I am not sad that a fu**ing fascist died tonight”

On the night of August 29, 2020 in Portland, Oregon, a male Antifa member shot and killed a young man, Aaron Danielson, who was wearing a hat that bore the name of the pro-Trump conservative organization Patriot Prayer. When he first noticed Danielson, the gunman said: “Hey! Hey, we got one right here! We got a Trumper right here!” — and then shot him. Later that night, a female Antifa member used a bullhorn to address a large crowd of Antifa and Black Lives Matter (BLM) protesters and said, to cheers and laughter from the mob: