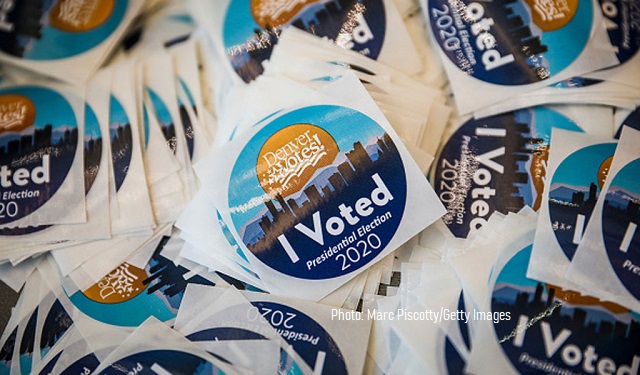 Muslim voters more than doubled their support for Trump from 2016. We explore why.

Islamists have been successful in the U.S. of laying claim to the “Muslim voice,” garnering attention in the media and government in an effort to push through their agenda. It is with this backdrop that we look at an interesting finding of the voting patterns of the 2020 presidential election, particularly in regard to the diversity of the American Muslim community.

An Associated Press VoteCast survey, which monitored the U.S. electorate over several days before November 3 until the polls closed, showed that Muslim voters more than doubled their support for President Trump from 2016.

Muslims were another minority group where Trump made significant gains. 35% voted for Trump, according to this AP VoteCast surveyhttps://t.co/mey89CqAGx pic.twitter.com/tMR3mT6Uyn

In addition, an October ISPU poll showed that President Trump’s approval rating among Muslims steadily increased during his presidency — from 13 percent in 2018 to 16 percent in 2019 to 30 percent in 2020.

Muslims make up roughly 1 percent of the U.S. population, which translates to about 1.1 million potential voters. However, even though the 2016 ISPU report found that although 41 percent of Muslims report being satisfied with the country’s trajectory at the time, 61 percent reported that they most likely would not vote. At present, it is unknown what percentage of Muslims voted in 2020.

“American Muslims, like other religious groups in America, are not a monolith. What our data support is that Muslims, like the general public, are not guided by their religiosity, but by their political views and opinions.”

In their 2017 survey, ISPU reported on that diversity as follows:

“Compared with other faith communities and the non-affiliated in our study, American Muslims are the youngest, with more than one-third younger than 30 years of age. American Muslims are the most ethnically and racially diverse faith group with no single background garnering a majority. Half of Muslims were born in the United States; thus, immigration continues to be a significant part of the American Muslim story. “

In Clarion Project’s direct conversations with American Muslims in the 50-plus age bracket, national security seemed to play a significant role in how this demographic voted. (Overall, for those Americans who told the AP that foreign policy was the most important issue facing the country, 72 percent reported voting for Trump.)

In addition, first-generation Muslim immigrant voters reported respecting Trump’s strength and straight-forwardness when dealing with leaders and political issues within the Middle East/North Africa (MENA) region. Trump’s ability to deliver on peace in the Middle East was also a driver for these Muslims.

What’s the Attraction of Anarchy?

Educating the Next Generation About Communism