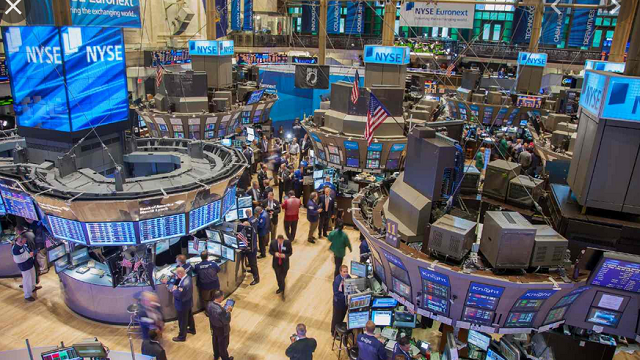 There is a steady exodus of businesses moving out of New York and California and the pandemic may have completely changed the way companies operate. Now that working from home has taken its hold, the trend offers CEOs options. No longer do they have to pay for expensive real estate in New York City or San Francisco. They can have people working remotely or relocate jobs to locations that are less costly.

Major cities, such as New York, Los Angeles and San Francisco, have punishingly high tax rates and lack business-friendly policies. With pushes to defund the police and cutting down on prosecutions, cities have been plagued by crime, violence, looting and disorder. Government officials have demonstrated flagrant disregard for their citizens by haphazardly ordering businesses and schools to shutdown with little warnings.

The flight out of New York has been in the works before the pandemic. Wall Street executives previously relocated thousands of jobs to states outside of New York, in an effort to cut costs. Credit Suisse, Goldman Sachs, Morgan Stanley, Barclays, UBS, Citigroup, Alliance Bernstein and an array of other financial institutions have established and aggressively staffed hubs in Florida, North Carolina, Salt Lake City, Dallas, Nashville and other less expensive locations compared to New York.

The absence of a state income tax, plus warm weather and a business-friendly mindset, has already prompted hedge fund billionaires and native New Yorkers Paul Singer and Carl Icahn to relocate their respective businesses to Florida. Leon Cooperman, the billionaire former hedge fund manager and CEO of Goldman Sachs Asset Management, previously moved to Florida. He said of his move, “I suspect Florida will soon rival New York as a finance hub,” due in part to the “Tax and Spend” policies of New York.

A number of bankers told their boss, Ken Moelis, the CEO of his eponymous investment bank Moelis, that they wanted to leave New York City for Florida. In response to their request, Moelis replied, “We’re a talent business. I want to attract, I want to motivate and I want to retain the greatest talent in the world. And if that talent wants to do it in Florida, that’s where we’ll support them.” Moelis, according to a Bloomberg interview, will consider opening or expanding offices, as his employees decide to relocate to cities where tax rates are lower, the climate is warmer and the government is friendly to business.

Charles Gasparino, the long-time chronicler of Wall Street, wrote in the New York Post, “Many other banks and financial businesses are now seeking to move out of the once-friendly confines of New York City, which isn’t so friendly anymore.” He added, “The trend has been a slow burn over the past two decades, but now it has kicked into high gear thanks to [Covid-19], spiraling costs and a feckless political class that runs this city and state.” Gaparino said about JPMorgan’s CEO, “[Jamie] Dimon, I am told, vetoed a plan several years back to move a swath of the bank to south Florida because he didn’t think the schools were good enough. Now, he appears to have changed his mind and is considering plenty of relocations outside New York City.”

It’s not just Wall Street firms. While the banks are primarily relocating to Florida and other Southeast locations, tech companies are going to Texas.

Elon Musk, having battled officials in California, said that he’s moving to Texas. Musk told the Wall Street Journal, “For myself, yes, I have moved to Texas.” He continued, “We’ve got the Starship development here in South Texas where I am right now. We’ve got big factory developments just outside of Austin for Giga Texas as well.”

The New York Times reported, “California, with its steep housing costs, raging wildfires and strict business regulations, has been losing residents to other states, with Texas as the most popular exodus destination. Of more than 653,000 people who left California last year, about 82,000 went to Texas, more than any other state, according to census figures.”

Out on the pad in South Texas pic.twitter.com/RcYOXXpTc2

Hewlett-Packard, with its cofounders as two of the original grandfathers of Silicon Valley, who started their company in a Palo Alto garage back in 1939, will relocate its headquarters from San Jose, California to Houston.

Drew Houston, the CEO of Dropbox, said the company is moving to Austin and remote work will be the new standard practice. He’ll offer “Dropbox Studios” in a number of cities for workers who want to go into an office.

Oracle, led by billionaire Larry Ellison, moved its headquarters to Austin because of California’s high tax rate, exorbitant living costs and the ability to have remote workers. The tech giant offers employees the option of either working remotely or selecting which office they’d prefer working at.

BREAKING: Oracle just announced they have moved their Headquarters to Austin.

Texas is truly the land of business, jobs, and opportunity.

We will continue to attract the very best.

Unless city and state elected politicians make changes, the flight out of high-taxed, expensive cities will continue. As corporations and well-paid, white-collar workers leave, the cities will bear the brunt of plummeting tax revenue. The decline will force mayors to drastically cut costs. This will include massive layoffs of teachers, police officers, firefighters, garbage collectors and other municipal workers.

With less services, the cities become dirtier, crime increases and living conditions worsen. This will prompt even more people to move. A cascading downward spiral could occur, making places like New York dangerous and inhospitable. It could become just like in the dark days of New York in the ‘70s. It took over a decade to turn things back around.

— 12/14/20: It was inaccurately stated that Deutsche Bank announced it is moving its workers out of NYC, rather than that staff could conceivably work remotely or from hubs.