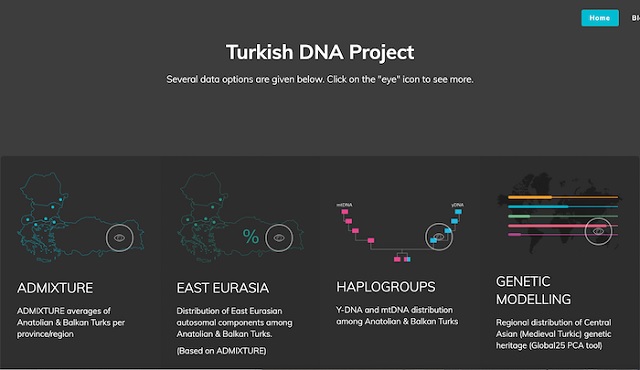 The Turkish DNA Project, an online endeavor to track Turkish genetics, is enraged at the popular genealogy site Ancestry.com and has called for it to be boycotted for stating an inconvenient truth: many, and possibly most, modern Turks are the descendants of the Greeks who once formed the overwhelming majority of the population of the land that is now Turkey. In this as in so many other instances, the truth hurts, but that doesn’t make it any less the truth.

After Greek City Times called attention to the tweet, the Turkish DNA Project took it down, but it still has up a retweet calling for a boycott of Ancestry.com, as well as a tweet fulminating with incandescent rage against Greek City Times’ Athens Bureau chief Paul Antopoulos, whom it calls a “white supremacist.” Very original line of attack you got there, guys.

Greek City Times explained that the Turkish group was enraged “because Ancestry.com correctly highlighted that many Turkish citizens are indeed mostly unrelated to Turkic peoples from Central Asia and are rather native Anatolian people that have been Turkified….Ancestry.com highlighted that after the Ottoman conquest of Pontos in today’s Turkey’s southeastern Black Sea coast, the “Pontian Greeks adopted Turkish language and culture, and many converted to Islam in order to have greater opportunities in Turkish society. Ancestry.com also highlighted that another round of Turkification of Pontian Greeks occurred after the second Russo-Turkish War (1828-29).”

This is not at all surprising, and nowhere even close to a false claim. Throughout history, when Muslims have conquered an area, they relegate the non-Muslims to second-class status, denying them numerous rights and mandating that they pay a tax, the jizya, for the privilege of practicing their religions without being killed. There is one easy way for the subjugated dhimmis to escape this state of humiliation and degradation: they can convert to Islam.

The recent call by a Turkish genealogy site to boycott https://t.co/B3wbxyzd81 raises questions on the ancestry of Turkey's current president Recep Tayyip Erdogan who is from a village called Potamia (Greek word) in Rize (Greek name Rizounta).
https://t.co/ihz1lqkx32

Italy: Muslim migrant uncle of girl who disappeared after refusing arranged marriage says ‘we did the job well’

EU study finds incitement in Palestinian textbooks, but EU Commission hid it from the public