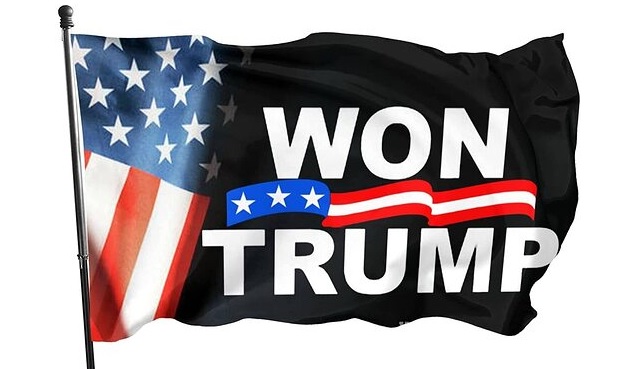 We are reaching of tipping point. Irrefutable evidence of the stolen election. Decertify. Now.

Biden is not legitimate.

NEW: Press release from @VoterGA says the group has obtained new evidence that the election discrepancies in other Georgia counties may be worse than those it uncovered in Fulton County. pic.twitter.com/6RyZoBXF9S

President Trump On Audits: ‘Numbers Will Be Released Shortly…They Are EXTRAORDINARILY BIG’

President Trump: News from Georgia ‘Beyond Incredible,’ ‘We Will Lose Our Country If this Is Allowed to Stand’

‘We Must Decertify the Election’: Trump Issues Fiery Response to Audit Bombshells

COUP: Overwhelming Evidence That January 6th Was A Planned Set-Up

President Trump Releases Letter From PA. Federal Prosecutor Who Was Pressured By Attorney General Barr NOT TO PROBE Voter Fraud

TOTALITARIAN TANTRUM: Texas Democrats Who ‘Fled’ State Over Election Integrity Will Be Arrested Upon Return

Arizona State Senator: Georgia Has Proof of Somebody Admitting to Running Ballots Through Numerous Times